Frost Valley YMCA, and the entire concept of Y Camping, has its early beginnings. The Boys’ Camping Society is formed by Sumner F. Dudley and George A. Sanford, the Newburgh YMCA Secretary. Dudley leads the first trip in 1885 on Orange Lake near Newburgh, NY – also known as “Camp Baldhead.”

YMCA camp (boys only) at Lake Wawayanda is founded.

Urban expansion forced Camp Wawayanda to again make another move. The next three summers Camp Wawayanda was held at an interim site, Steven’s Institute of Technology Camp, while the Board searched for a permanent site.

A Christmas Eve deal transfers Julius Forstmann’s 2,200 acre estate in the heart of the Catskill Mountains to the YMCA.

Frost Valley Association is formed to run the Frost Valley Camp and Conference Center. The Forstmann “Castle” opens to families and conference groups.

First summer camp, for boys only, opens at Frost Valley.

The Frost Valley Association, the interim governing organization of Y’s using the camp, is dissolved and Frost Valley incorporates as its own independent YMCA.

The summer camp season begins with a hurricane that floods main camp, but everyone is safe and all damage is quickly repaired.

Frost Valley establishes a year-round Environmental Education Center to introduce young people to the natural world and teach them how to protect it.

Frost Valley coordinates the International Camper Exchange and sends campers to Denmark, Germany, Sweden, and the Netherlands. Counselors from abroad add to the cultural mix at Frost Valley.

Frost Valley begins encouraging off-season use of the camp.

Halbe Brown oversees the development of the Ruth Gottscho Kidney Dialysis Center at Frost Valley, the first of its kind anywhere.

Another major purchase was made, this time for the 1,600 acre Straus estate adding another 24 beds to the Conference Center.

Halbe Brown brokers a global collaboration between Frost Valley and the Tokyo YMCA, extending a home base and respite in the United States to Japanese families living abroad, and designating Frost Valley as an international YMCA.

The Straus Center is renovated and opens as a conference and group retreat facility. Thomas Lodge burns down and in its place many new buildings go up: a new dining hall, several villages and super-lodges: Margetts, Hussey, Scott, Neversink, Snow, Bodman, Day, Kellogg, Hyde & Watson, Quirk and Kresge.

The first Elderhostel program is held at the Straus Center.

Mainstreaming at Camp, in coordination with YAI, is initiated at Frost Valley, quickly becoming a popular program.

A Forest Management Trail was built, and the Raptor Center and Wildlife Rehabilitation Program was developed.

Frost Valley hosts a national task force to set the environmental agenda for the 13-million member YMCA of the USA.

A chapel and memorial garden are built.

A Streamside Classroom is developed in association with the U.S. Geological Service.

Frost Valley receives the prestigious Benchmark Award from the USGS for outstanding efforts in environmental education.

Quirk Lodge is opened, with composting toilets, solar-powered lighting, and other energy-efficient and environmentally-conscious innovations.

The Educational Farm in the East Valley hosts campers and guests for the first time.

The Guenther Family Wellness Center opens, replacing the old Smith Lodge which served for decades as the camp infirmary.

Hurricane Irene hits the Catskills and devastates the Frost Valley property on the first day of Family Camp, bringing down the beloved Pigeon Lodge.

Frost Valley hosts the Northeast YMCA Camp Conference (NEYCC) and is deemed the permanent host location for this annual conference.

The “No Room For Bullying!” program is developed, incorporating our 8 core values into an anti-bullying curriculum facilitated by Frost Valley staff.

Leadership Lodge, a solar-powered CiT lodge, is built in place of the former Pigeon Lodge. Construction begins on Program Village, a collection of 6 buildings dedicated to the arts including woodworking, pottery, painting, dance, candle-making, and STEM-based activities, the last of which is completed in 2019.

Halbe Brown passes away. A memorial is held in the chapel for the wider Frost Valley community, including many former campers and counselors.

The Blum House opens, thanks to the legacy and vision of former FV supporter Eric Blum, as a place for staff to seek respite during downtime.

The Bud Cox Trip Center, named in honor of a long-time employee and donor, is the starting point and home base for all of our Adventure Trips and year-round hiking outings.

Durango Village, a boys horseback riding camp for ages 8-12, opens to the public.

A new road is completed that eliminated the second entrance to camp, improving the security of our campers, and guests. The roads around Frost Valley are officially named to reflect our core values.

A partnership with the Clarke School for Hearing and Speech is formed. An on-site certified teacher of the deaf from Clarke provided support to campers who joined us through this partnership.

Frost Valley is the 76th YMCA and the second camp to join the Diversity, Inclusion and Global (DIG) Network strengthening our longstanding core values of diversity and inclusiveness.

The Landsberger Amphitheater at CiT Point is completed in time for the 2019 summer camp season.

Due to state regulations concerning the Covid-19 pandemic, Frost Valley was forced to close its doors.

Unable to host our usual overnight campers, we open up our lodges for rent to families through our new Lodging Rental program. We are also able to run a summer day camp and end the summer with Family Camp, offering limited programs and meal deliveries to guests.

Local students were given the opportunity to complete their online education at Frost Valley’s new “Outdoor and Virtual Learning Center” (OVLC) and round out the day with our signature outdoor programming.

Thanks to the generosity of our Frost Valley family, our Year End fundraising campaign raised more than $730,000 helping ensure the survival of Frost Valley. Covid restrictions lessen, enabling us to offer more normal programming in the coming months.

New cabins 1-6 were completed in time to host 2021 summer campers. 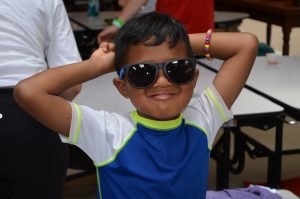 “What’s been amazing is witnessing the bonds being formed between people that only see each other once a year at Frost Valley.”