Camp has been such an influential part of Anthony’s life since he was a camper and he works every day to make sure his campers have a safe and fun experience just like he had when he was a camper! Anthony’s camp career started at Camp Bernie where he was a counselor. Since then he has worked for various Ys across the country including, The Greater Philadelphia Y, Camp Jewell YMCA, and Camp Marston YMCA before joining the team at Frost Valley in 2022. As the Camp Henry Hird Director, Anthony is able to do what he loves and impact a large community of campers. In his spare time, Anthony loves watching movies, traveling to new places, playing board games, and collecting magnets from all over the world! 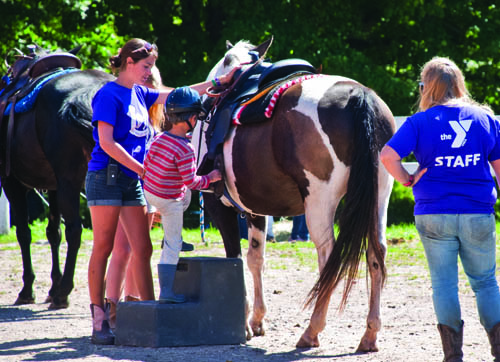 Horse Camp is the Best

“My riding skills get better every year. The counselors are so friendly and helpful. Going to Horse Camp is the best part of summer!”