You are here » frostvalley.org » About Us » Staff Directory » Ashley Gibson 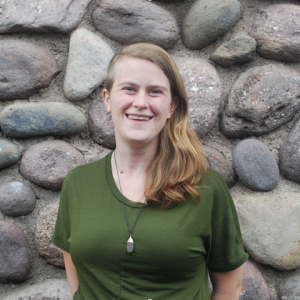 Ashley Gibson began working for the YMCA in 2012 at YMCA Camp Gorham, spending summers working on high ropes courses, and teen teambuilding programs. After graduating from SUNY Geneseo, she began working in Outdoor Education at several Y camps in Michigan and California.

She began working at Frost Valley in  April 2019 as the School Programs and Teambuilding Coordinator. She loves the community among the staff and visitors of Frost Valley, and hopes that everyone who comes through finds some of the magic of connecting in the outdoors and with the people there as well.