You are here » frostvalley.org » About Us » Staff Directory » Sara Munoz 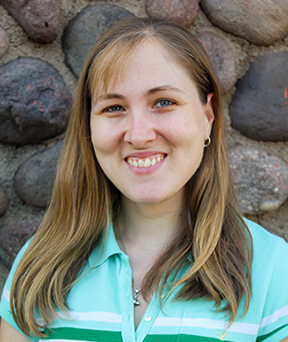 Sara’s Frost Valley story began in 1984 when her father joined the Maintenance department and her family moved onto the property. Sara has been a Frost Valley YMCA employee since 1998, starting as Equestrian Program Staff as a teenager. She has been the Graphic Designer since 2007. She attended Sullivan County Community College, earning her AAS in Computer Graphics and later transferred to SUNY Oswego, earning her BFA. Sara is also a fine artist, an outdoor enthusiast, and animal lover.