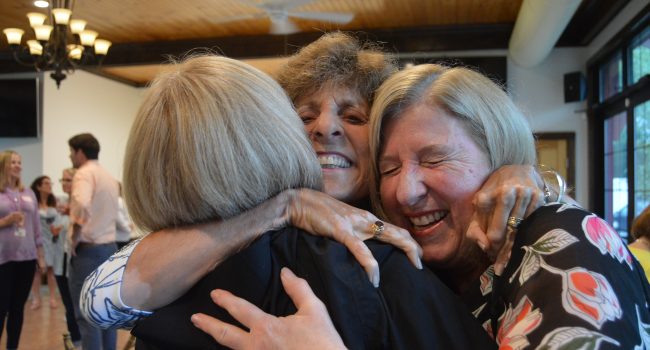 On the Saturday in the middle of camp session 4, Frost Valley’s trustees, alumni, donors and other friends joined together for our annual meeting/get-together/celebration. We hear presentations by campers and staff. We award the annual Eric Blum Volunteer of the Year. And we induct people crucial to the history of Frost Valley into our Hall of Fame. Here are some photos taken during that weekend. So many good friends! So many people who have been good to Frost Valley—generous, loyal, focused on what kids and families need. 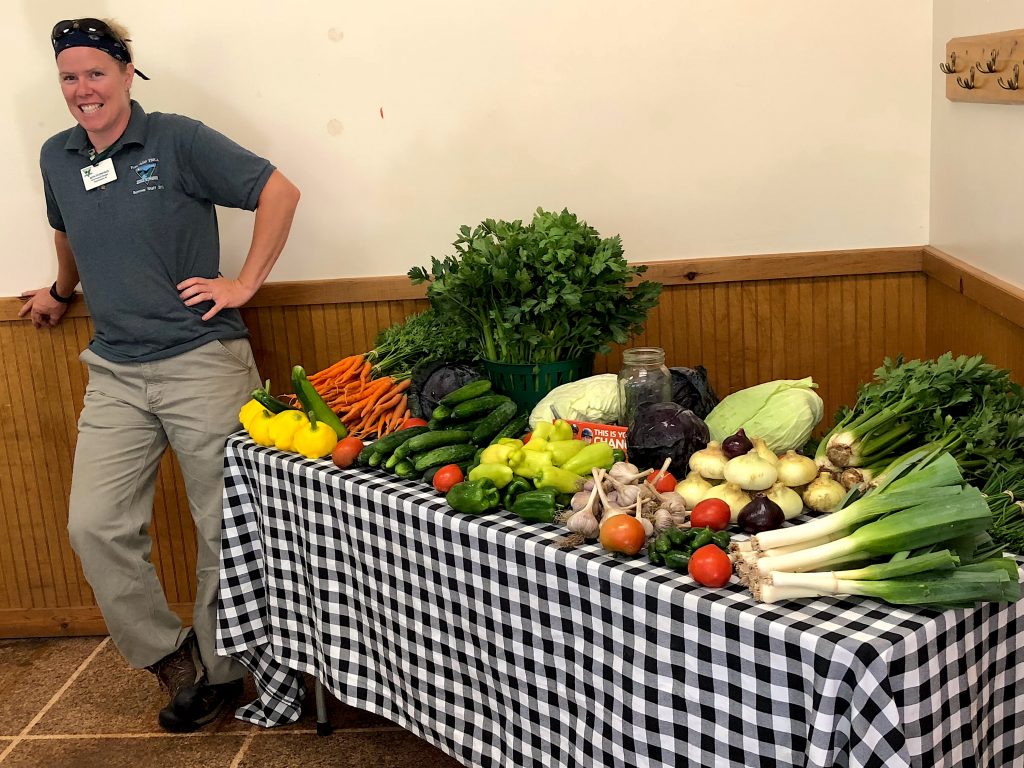 Beth shows off some fabulous veggies brought over from the farm. 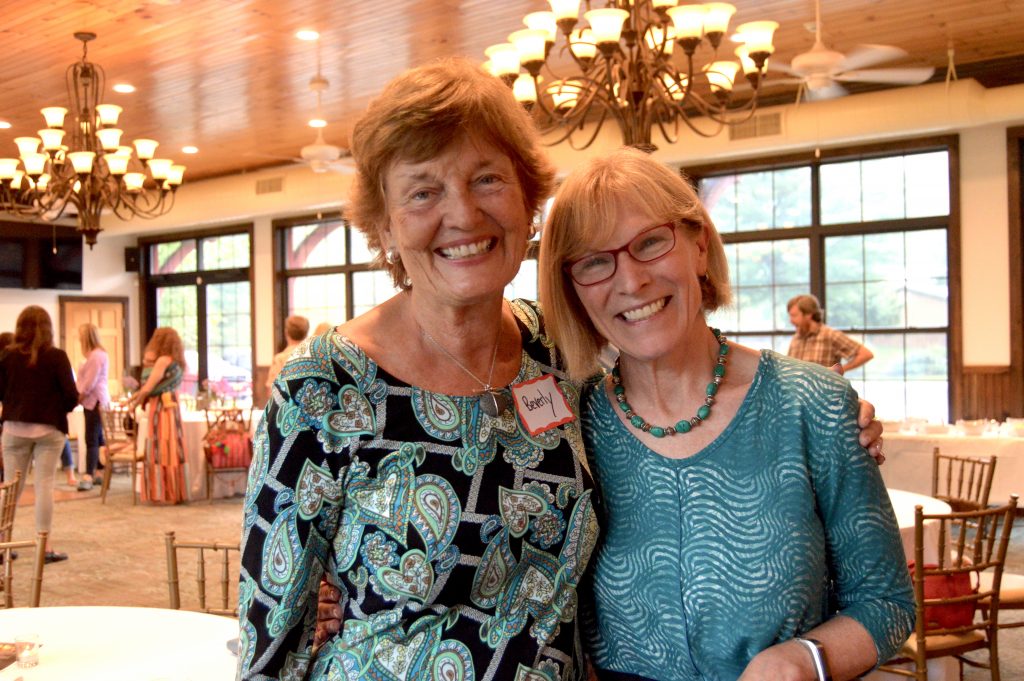 Beverly Gross Sutton and her former camper Jody Davies Ketcham, the night before Bev’s induction into the Hall of Fame. 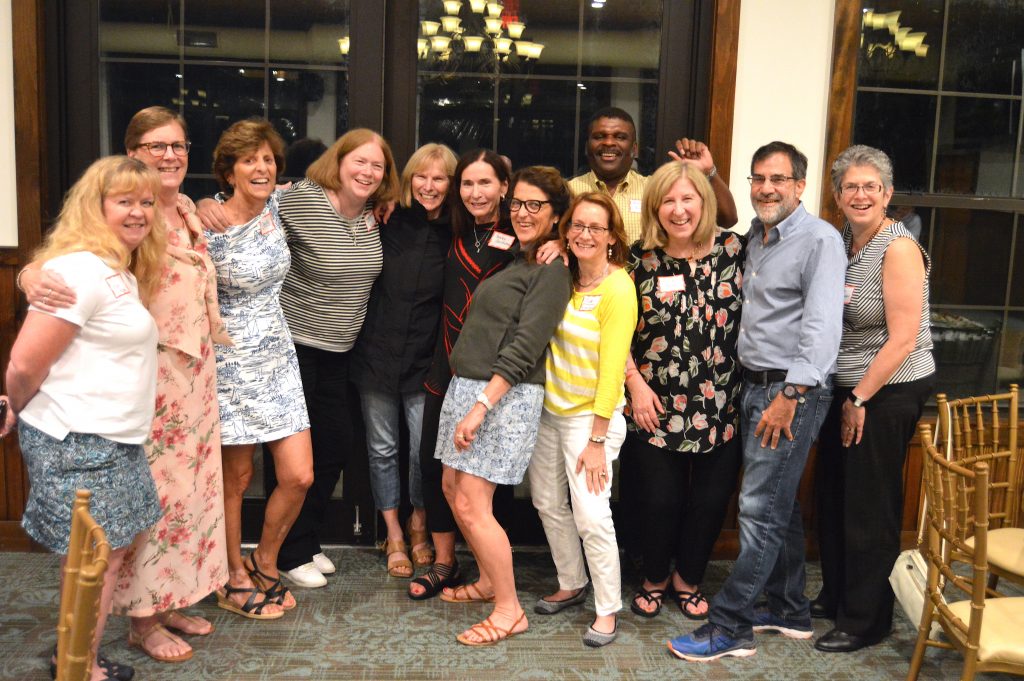 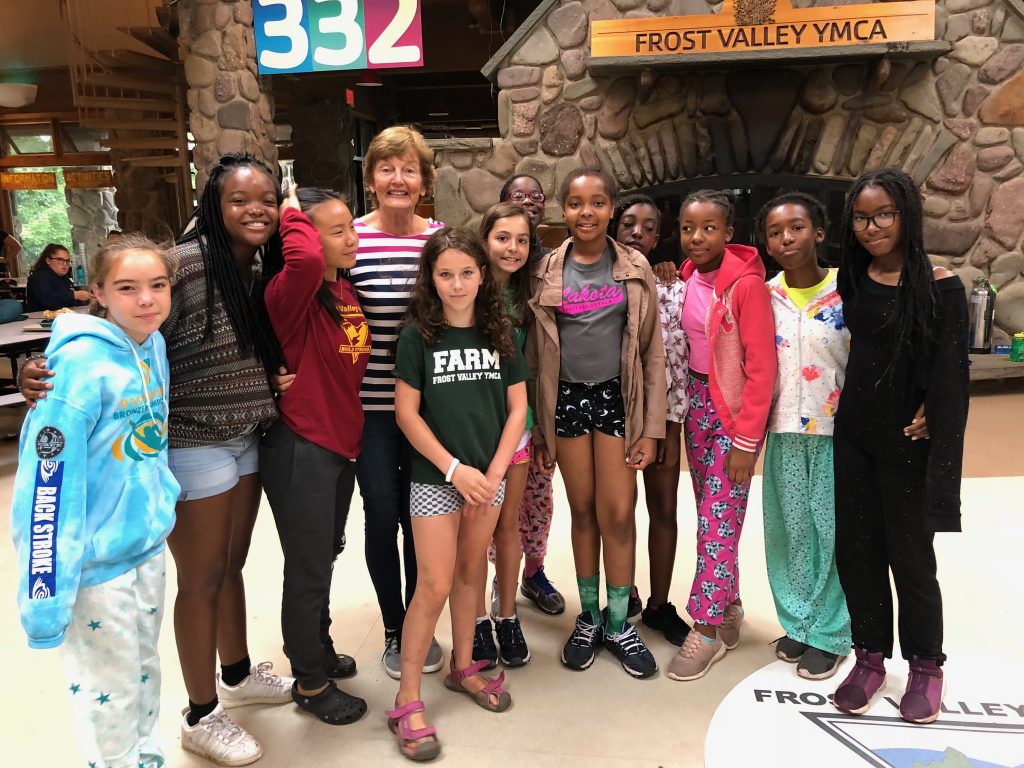 Bev Gross was a staff member in Susky village for seven of her eight FV summers. She wanted to meet the Susky people of 2018 and here they are. 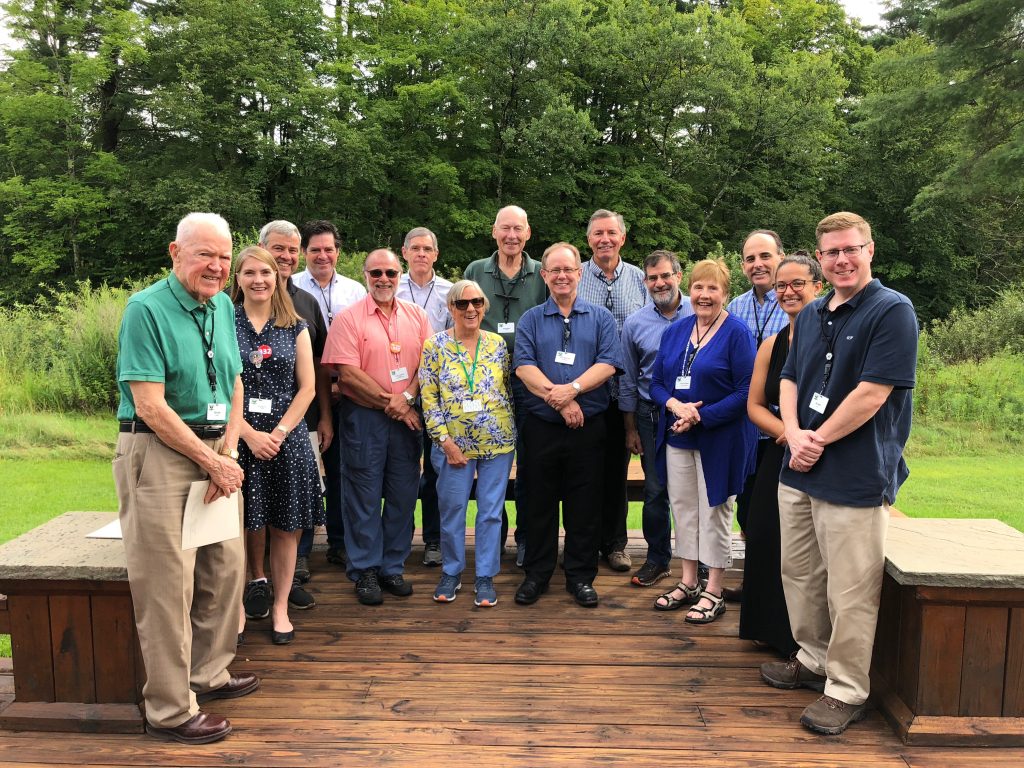 Some of FV’s trustees immediately after a brief meeting held before the celebration. 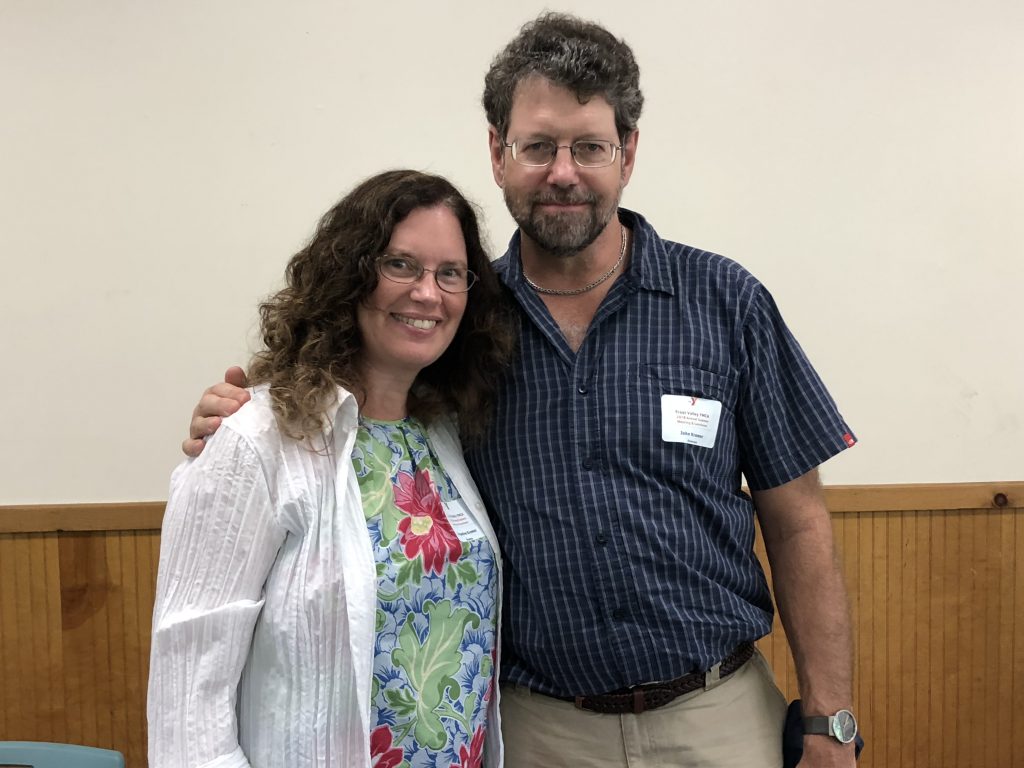 Jaqueline Dundorf Kremer and John Kremer. They met at camp and have been married for decades now. 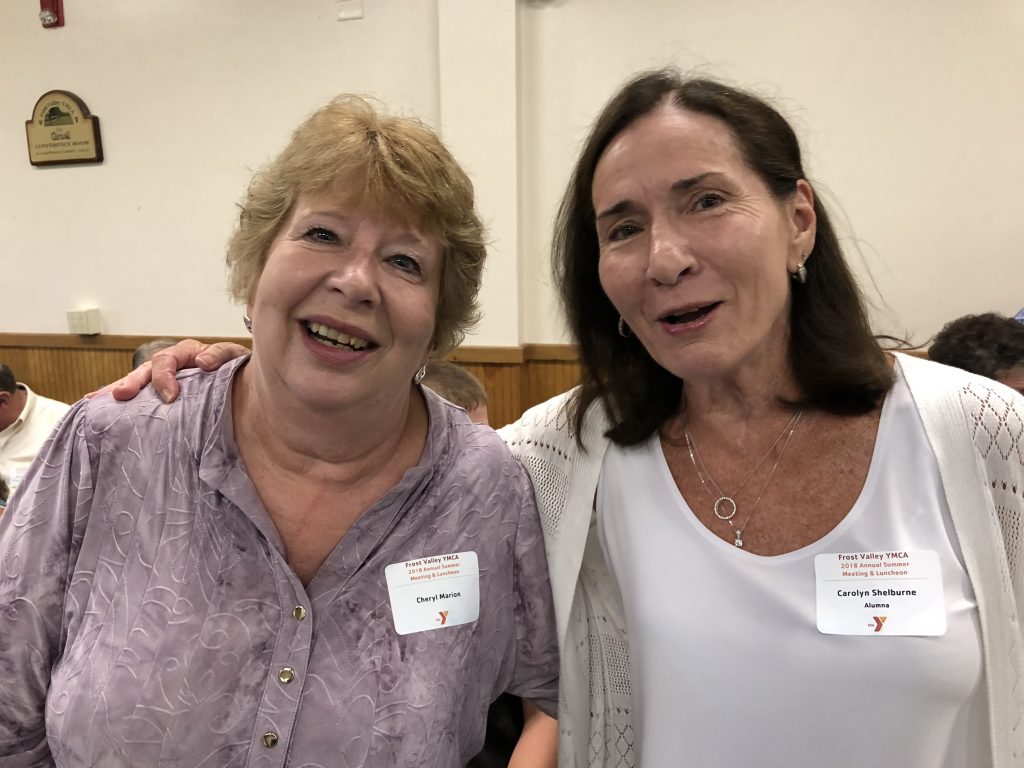 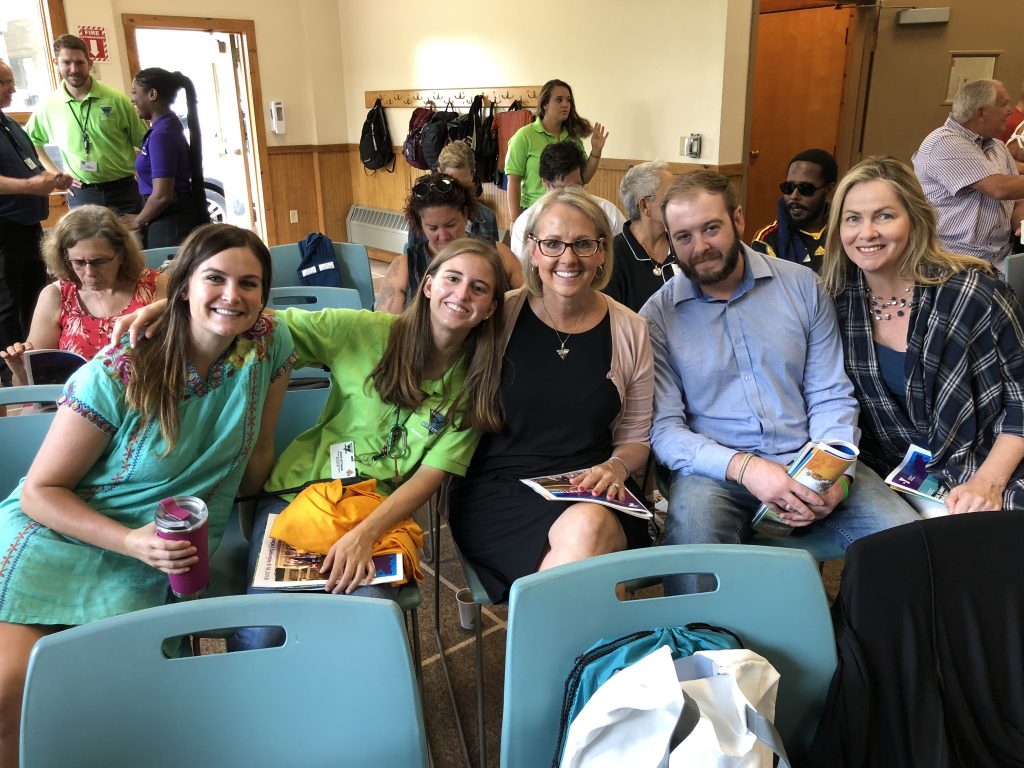 Sandy Shapiro Bohn, volunteer of the year, with her family and extended FV family. 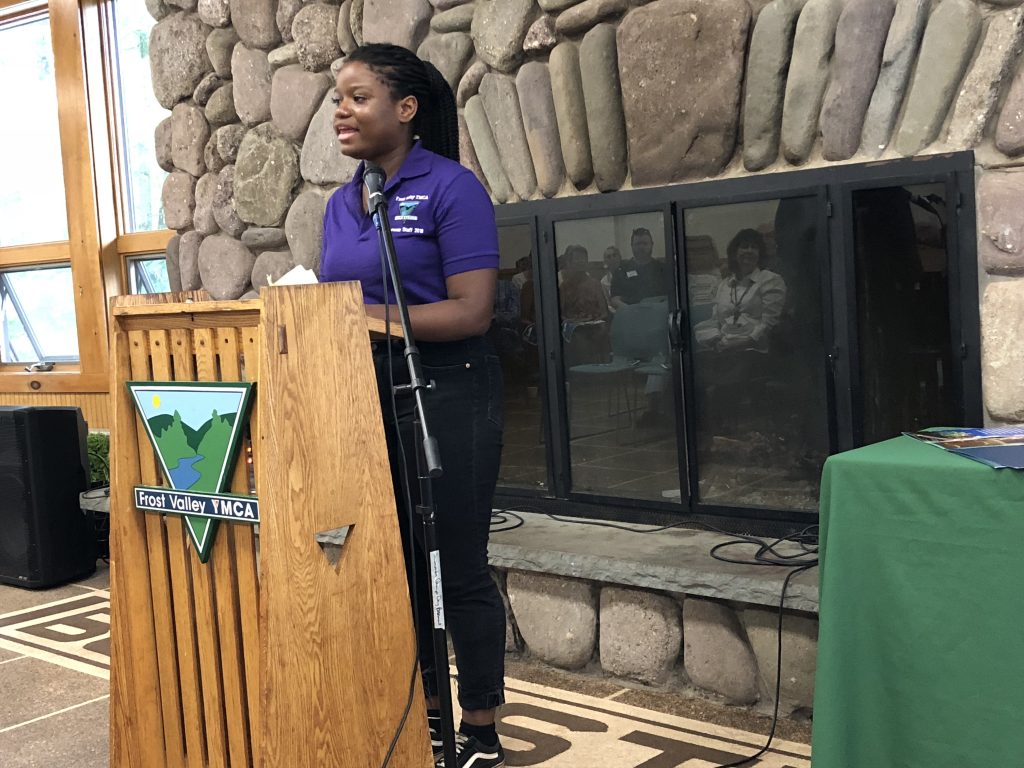 Jamette, a VC and counselor this summer, gave a beautiful talk on what Frost Valley has meant to her. 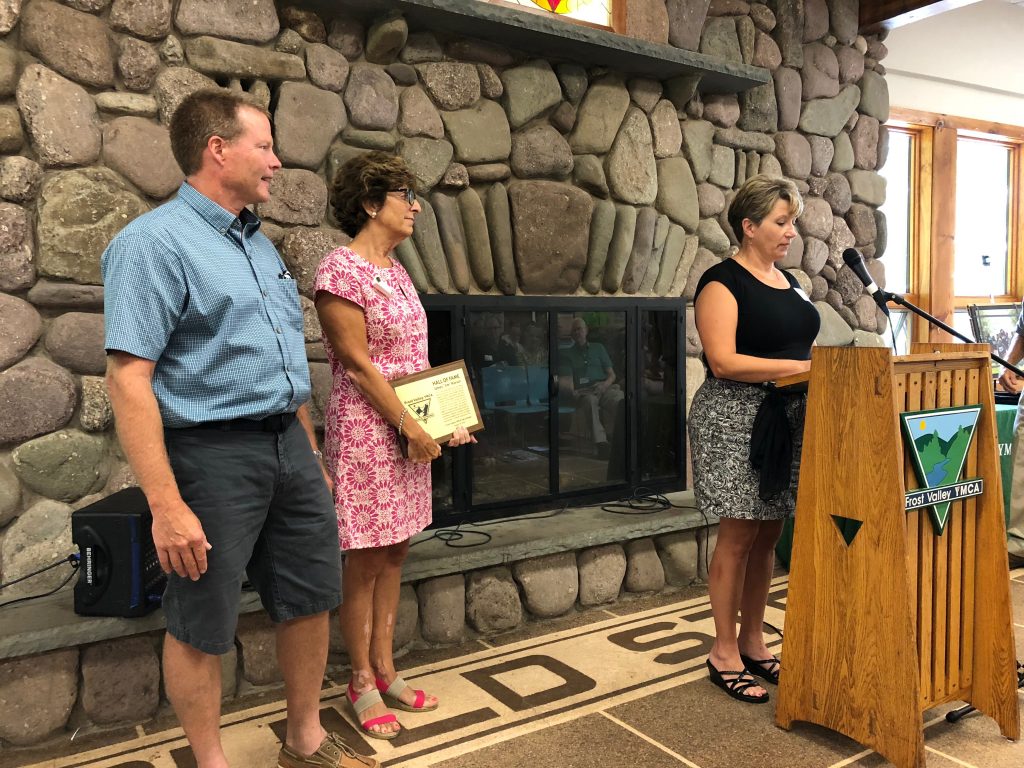 Jim Marion’s daughter Renee accepts the Hall of Fame plaque on behalf of the Marion family and her late father. 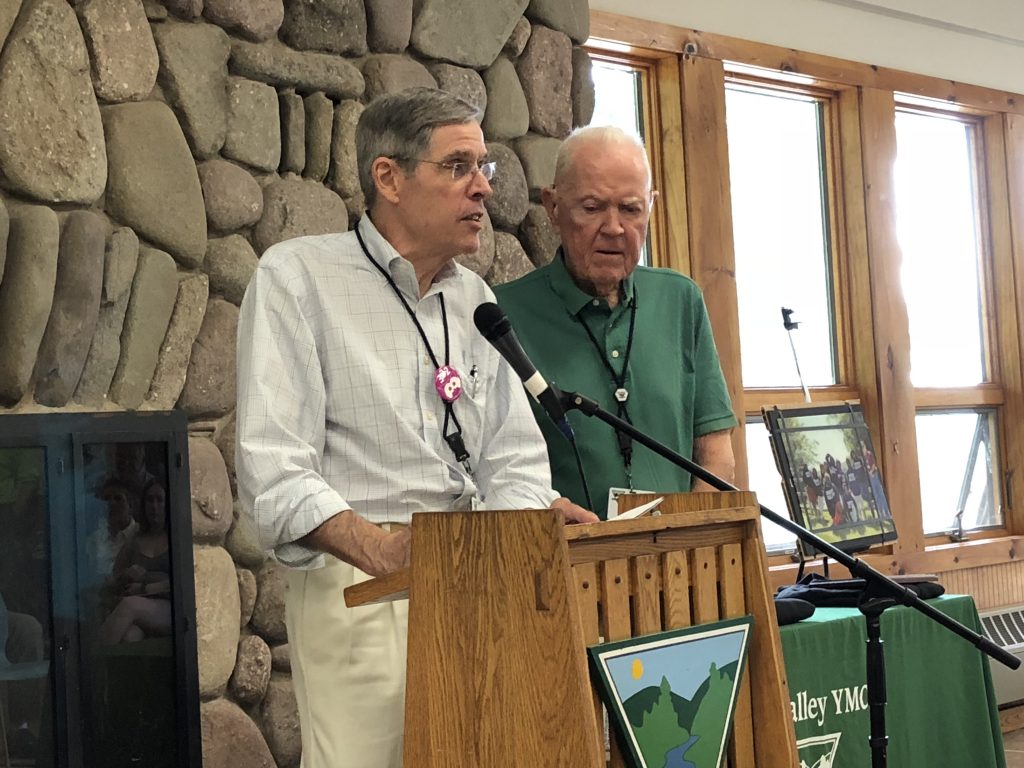 Jim Vaughan introduces Ted Hilton, who was also inducted into the Hall of Fame. 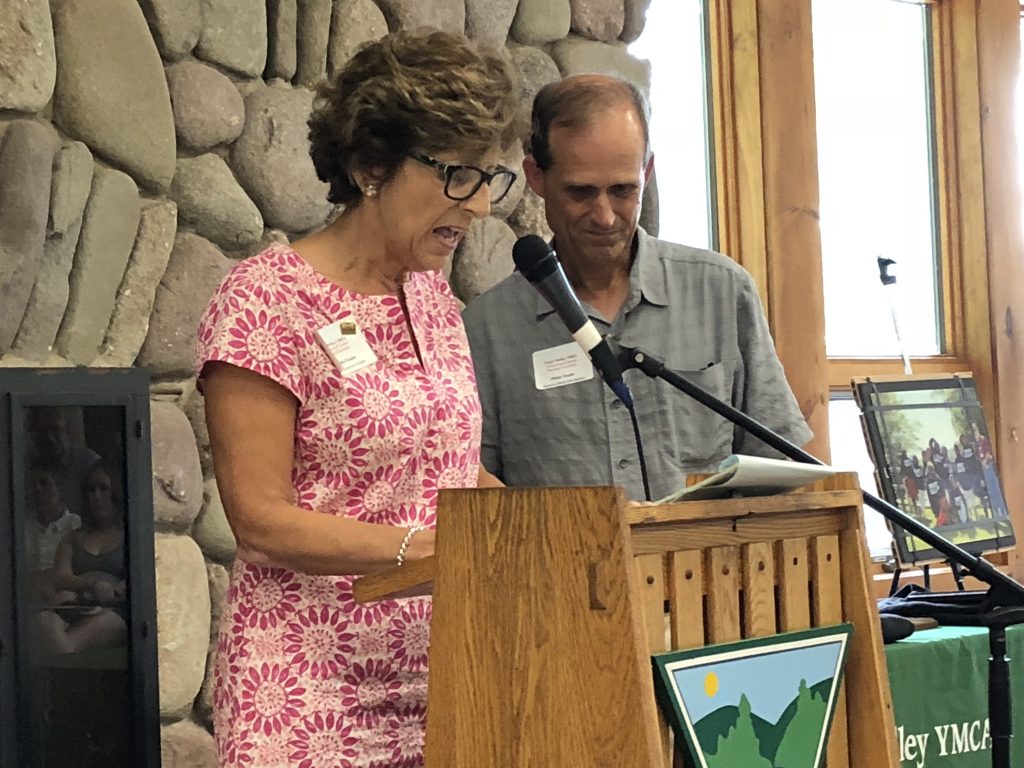 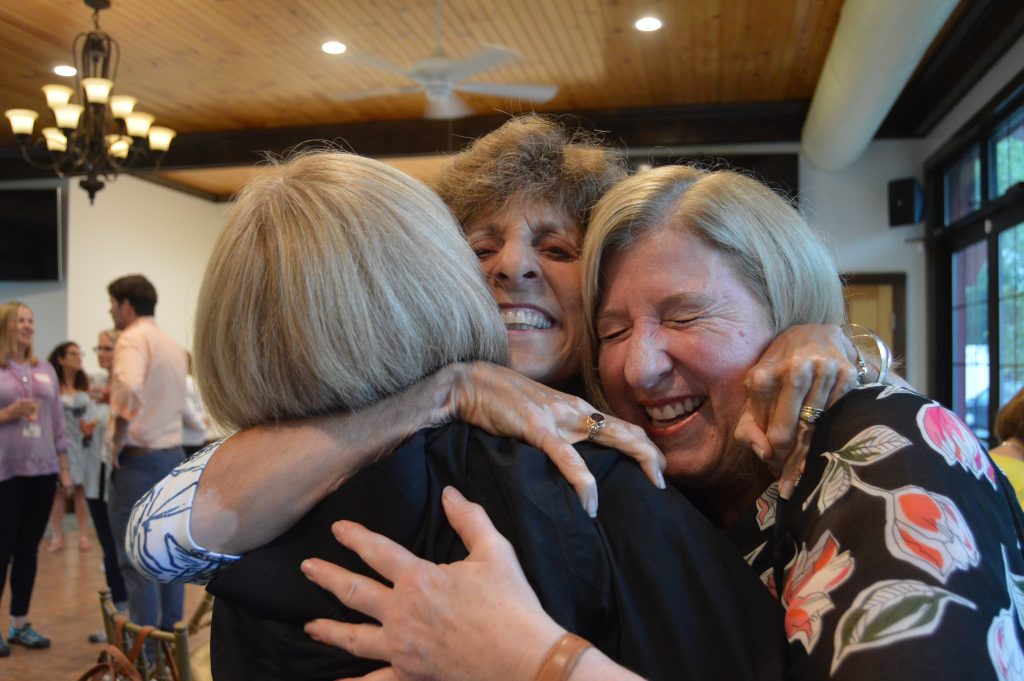 Dear old friends the moment upon seeing each other again. 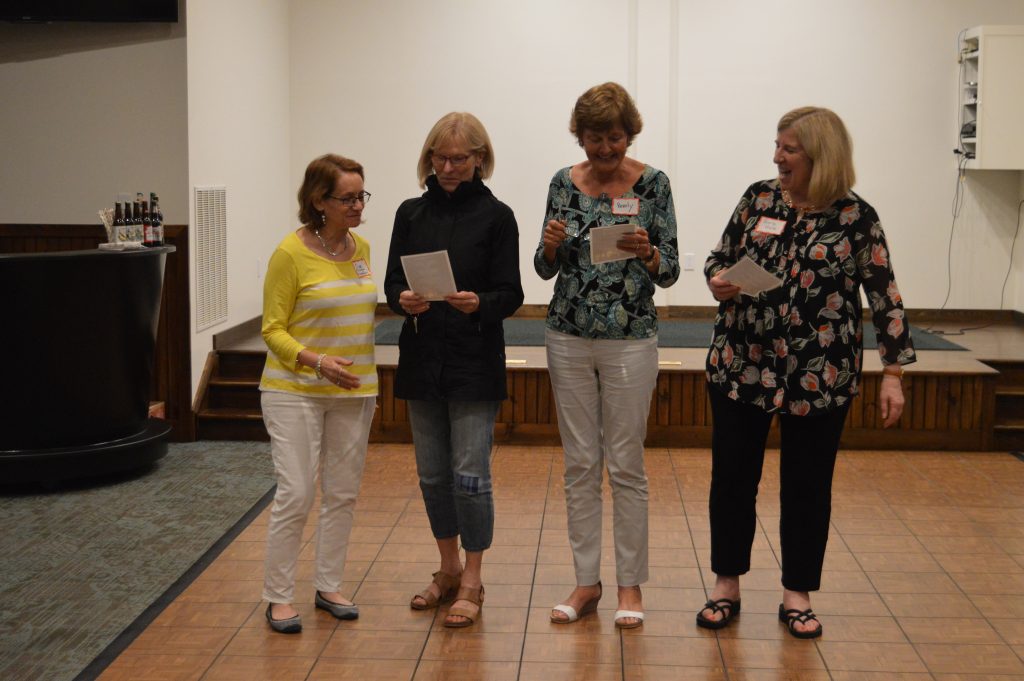 These four early Camp Wawayanda for Girls people led us in “This Little Light of Mine.” 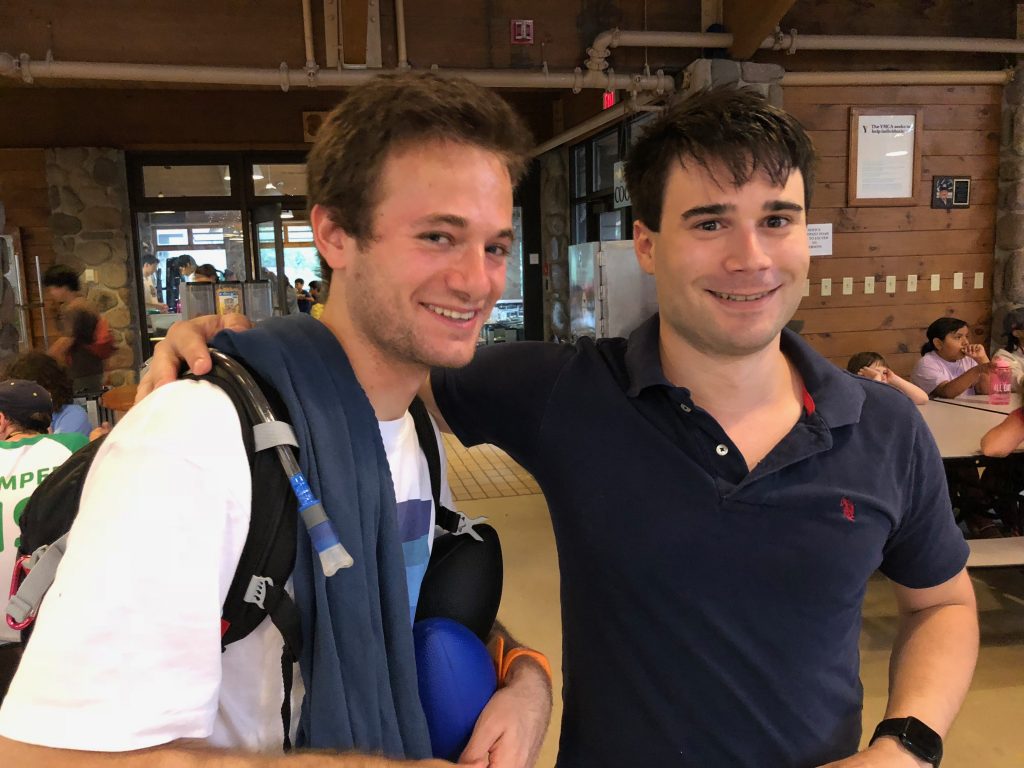