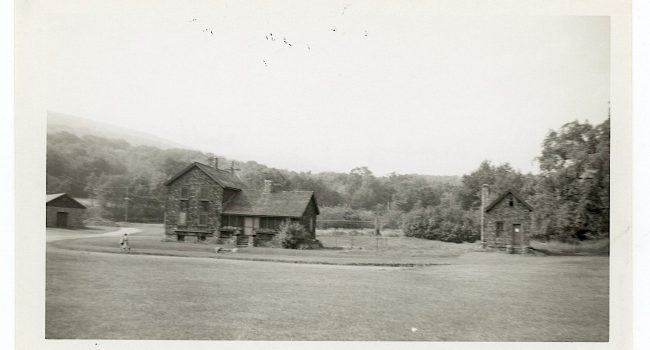 Smith Lodge, August 1958. At right you see the Forstmann-era paymaster’s cottage (later the Flyfishing Cottage, now the IT office). At left you see part of the garage that become Arts & Crafts and later Hayden Lodge. Note the road that runs behind Hayden rather than in front. (This photo was taken by Dave King, who was the Lenape Village Chief in 1958, which was, of course, the first summer Camp Wawayanda held its sessions in the Catskills at Frost Valley.) 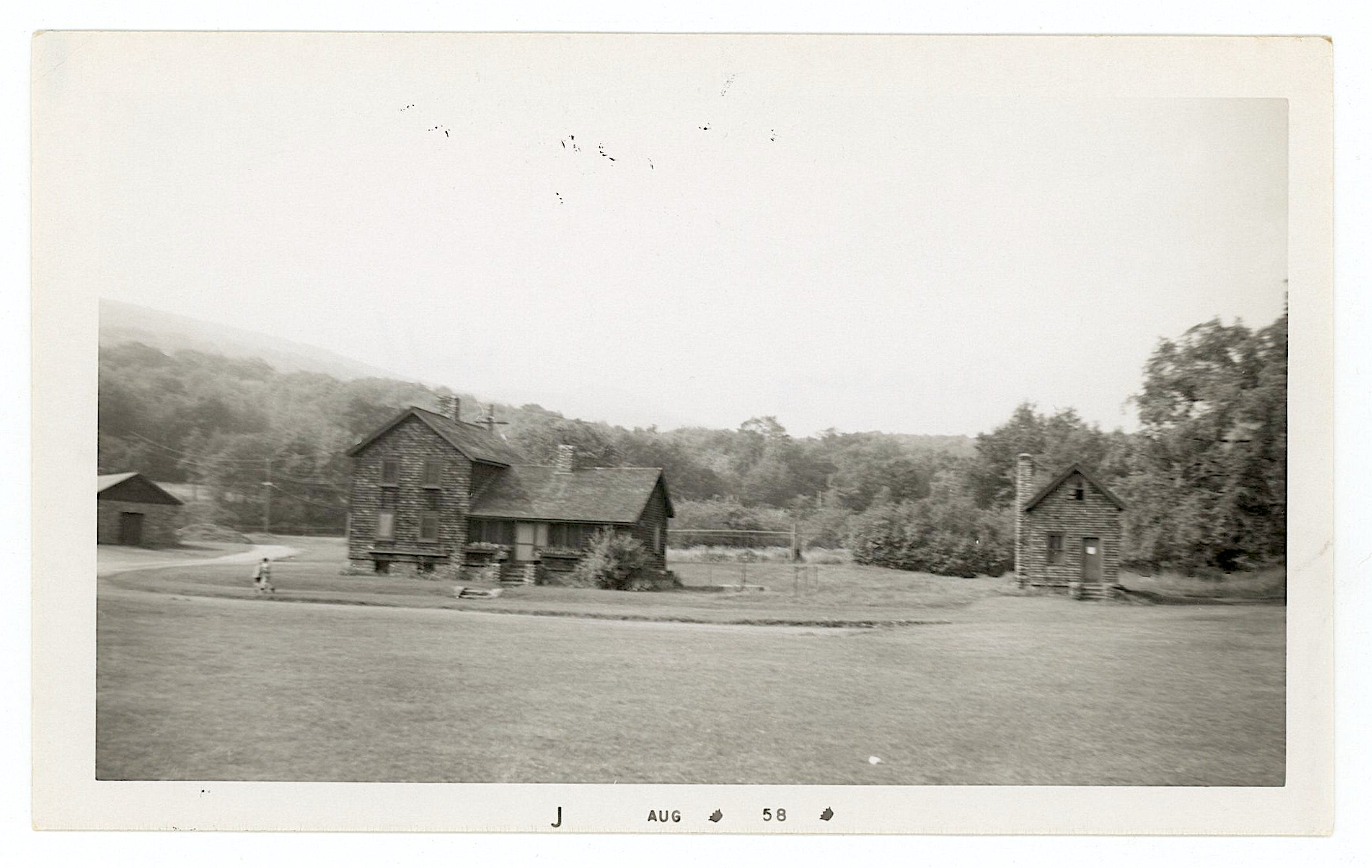