You are here » frostvalley.org » Frost Valley News » In Memory of Jim Kellogg 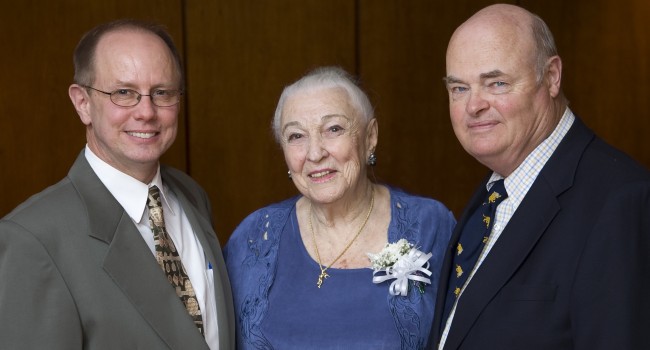 In Memory of Jim Kellogg

It’s with great sadness that we announce the passing of Jim Kellogg, an ardent philanthropist whose joy in giving back was only surpassed by his love for his family. Jim passed away on New Year’s Eve of 2015, but will remain in the minds and hearts of all who met him, as it is with both gratitude and reverence that we look back and celebrate all that Jim has done for the children, families, and staff members of Frost Valley YMCA.

Jim served as a member of Frost Valley’s Board of Trustees for three decades, half of which were spent as board President. He was committed to creating opportunities so that people of all ages and abilities could lead healthier, happier lives, and he became a keystone in the development of several Frost Valley programs. His guidance and support contributed to the steady growth of summer camp, environmental education, group and family retreats, Mainstreaming at Camp for children with disabilities, and others, as well as the growth of our financial assistance programs for campers and families.

His legacy on camp also includes the namesake Kellogg Lodge and the Kellogg Room in Thomas Dining Hall, as well as his support of hardworking staff through awards given at the annual Elizabeth Kellogg Employee Appreciation dinner, an event named after his mother.

While Frost Valley held a very special place in Jim’s heart, we weren’t the only organization lucky enough to enjoy his friendly demeanor and devoted service. Jim was the President of the Community Foundation of New Jersey (his state of residence), as well as the President of the J.C. Kellogg Foundation, and he advised and served on the boards of many community and educational organizations.

Here is an excerpt from an account of Jim’s generosity, written by Professor Al Filreis (a current Vice President of the Board of Trustees) when Jim was inducted into the Frost Valley Hall of Fame in 2009:

“Always looking problems and challenges straight on, Jim saw obstacles as opportunities, adhering without fanfare but firmly to the two-word version of Frost Valley’s mission: ‘Build Strong.’ His service to Frost Valley has been part of a larger context of volunteer leadership and civic engagement. He has been the President of the Community Foundation of New Jersey, a member of the Bloomfield College Board of Trustees, President of the Children’s Specialized Hospital of Mountainside, and President of the J. C. Kellogg Foundation. Jim Kellogg’s distinguished career demonstrates an unmatched generosity of commitment to public service, eloquently bespeaking this core tenet: we must invest in others, so that everyone, regardless of economic background or circumstances, has the resources necessary to maximize his or her potential. Jim Kellogg truly does build strong, and when we honor him tonight we honor our most basic reason for being as an organization.”

We are forever grateful for the countless ways Jim has supported the children, families, and staff of Frost Valley YMCA. Memories of his generosity and passion for helping others will always be cherished and remembered.