You are here » frostvalley.org » Frost Valley History » View from the bridge (early 1960s) 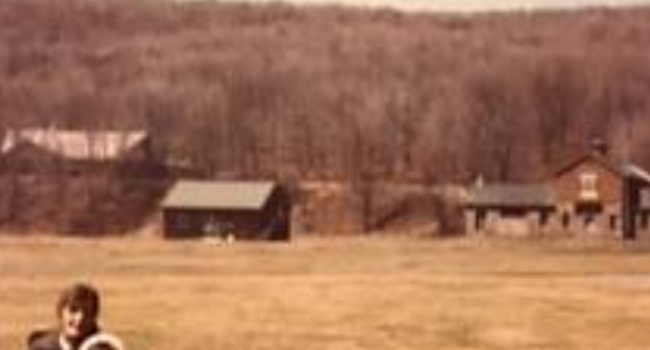 View from the bridge over Biscuit Creek by the Olympic Circle in the early 1960s. In the background you can see the old Rec Hall (previously Forstmann’s cow barn and later Margetts Lodge). And to the left of the Rec Hall, the old Forstmann-era bullpen, which later became the laundry and is now the location of the new laundry. And up the hill you can see the dining hall (the one that burned on 12/31/82). 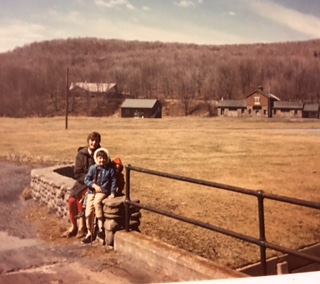