You are here » frostvalley.org » Frost Valley News » Chuck & Joy White: program notes for their induction into the FV Hall of Fame 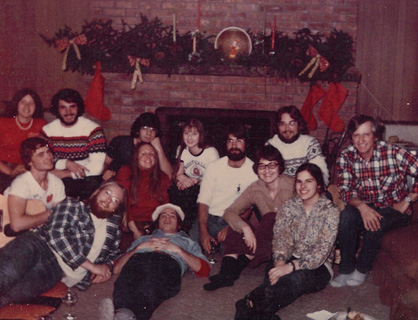 As has been noted in this blog recently, on Saturday, August 19, 2017, at our summertime “Annual Meeting” of trustees and friends of Frost Valley, we will induct Bob Haines, Hunter Corbin, and the late Chuck & Joy White into the Frost Valley Hall of Fame. I will be posting the program notes for all these inductions in the coming days. Here, first, are the notes for Chuck and Joy.

Words will not suffice here to describe—nor will they be the means to convey forward—the lasting legacy of Chuck and Joy White. Several generations of Frost Valley people, many of whom think of the Whites as second parents and recall their  life and work in vocabularies of heart, of awe, of faith.

To be sure, one can encounter them memorialized at Chuck White Pond (where fishing is as good as Chuck would have hoped), in the Joy White Treatment Room (where children receive care in a modern wellness facility Joy relentlessly advocated for but never got to see). And Chuck’s brilliant effects can always be found in Margetts Lodge (the total renovation of an old barn in 1974-75), the dialysis center added to the back of Smith Lodge in a matter of months in 1975, the replacement dining hall (finished in 1986), the urgent Winter 1983 expansion of what is now Geyer Hall, and the first cabin-lodges—projects for which he served as co-designer, planner, financial advisor, and general contractor. But these are the mere outward appearances of their two decades’ work, and hardly bespeak the revolution of values they both eloquently articulated and demonstrated: unprejudicial acceptance of everyone; support for the boldest experiments in inclusion; absolute caring; and (perhaps most memorably) daily, even hourly, random acts of kindness. Or maybe not so random, for these remarkable people were nothing if not intentional. Two unpretentious altruists, generous to a fault, simply went way, way, way out of their way to help others. Everyone reading this remembrance who knew them has at least several tears-inducing stories of Chuck or Joy doing a timely good turn, taking someone in, sitting for an hour or a day through crisis, lending cars, bedrooms, tools, money, counsel, time.

They arrived at the end of the summer of 1973, a whacky caravan of four children and motley belongings that included a semi-psychedelic converted bus. In Willingboro, New Jersey, Chuck had voluntarily performed his Master Builder miracles on the construction of an integrated public playground, when John Giannotti, working alongside Chuck on the project, saw that the combination of generosity, fix-it genius, and progressive values made him and his family perfect for Frost Valley. John learned that camp needed a full-time assistant repairperson and a nurse; he urged the Whites to go, and they did. It was a crazy move but had to be done—a sudden removal from the rat race, from ulcer-making jobs, for the sake of the family and especially the children. Because of Chuck’s rapid succession of positions in aerospace, engineering, and tech-gadget selling, the family had moved frequently, semi-nomadically coast to coast, but now, finally, they had found a familial haven, and they made Frost Valley home for nearly twenty years. Elizabeth, Rebecca, David, and Sylvia—a distinctly adventurous foursome of kids—grew up in the valley. Chuck soon rose from assistant in the maintenance department to director of all new building projects. Joy went from part-time kitchen aid and summer-only nurse to major advisor on the Wellness Project (where her sane idealism was much needed) and go-to advocate for women’s wellness and healthy self-education and awareness.  Their home (the multi-bedroom gray house, now aptly called “The Group Home”) became a combination hostel, think tank, crisis retreat, planning incubator, way-station for a lost generation of young camp staff contending with social and familial turmoil, and (always and ever) purveyor of a timely hot meal and large doses of empathy. 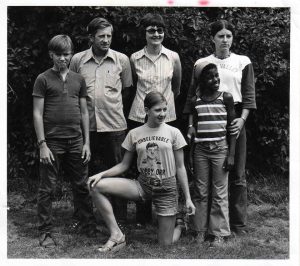 Chuck could fix anything and could lucidly describe everything (and did). Joy could seemingly heal any ailment and could teach you to listen to yourself until you could talk your own way to a better place. Chuck converted our trails in winter from the noisy, smoky, environmentally unfriendly terrain of snowmobiles to a network of beautiful, healthful cross-country ski trails, and he took some real flack for initiating the change. Joy presided over the great shift from “Infirmary” to “Wellness Center”—to prevention, education, fitness, self-examination, healthy diet, and ample rest for the staff. (“Mandatory Rest Hour,” which now receives standing ovations when announced, was deemed a radical imposition when Joy first advocated it!) Chuck’s infinite capacity for empathy was expressed when he rescued you from some fix you’d gotten yourself into and then when he restrained from passing judgment; Joy’s empathetic talents emerged directly, when she helped you relocate your goodness, told you she worried about you and that she loved you.

They enter the Frost Valley Hall of Fame along with the indelible images we have of their kindness and devotion. Joy in front of the entire staff teaching us to speak the words “warm fuzzy” and to know the power of simple praise. Chuck at misty dusk on the lake, patiently teaching a 14-year-old camper from the city how to cast a flyrod. Joy making tea in her kitchen for a burned-out international counselor. Chuck loudly tinkering, forcing the old generator to work one more time so that the dialysis machines could continue running during a power outage. Joy spending hours with a homesick 9-year-old who had come to see her about a stomach ache but had really wanted to be around someone like mom. Chuck completely reorganizing the system of keys and then deciding, despite much opposition, to give every village chief a key (the famous “BCB”) for access to the equipment they needed to actually run their programs. Joy sitting in a circle on the grass with women on the staff, making camp-funded copies of Our Bodies, Ourselves available to them and teaching from the book. Chuck allowing his lungs to be examined by a cabin of boys with stethoscopes and then trying to dissuade them from the habit of smoking he himself could never quit. Joy giving you one of those long, good, summer-ending hugs and calling you “Honeyheart” one more time.