You are here » frostvalley.org » Frost Valley News » Why I Give: How Six Weeks Turned Into a Lifetime 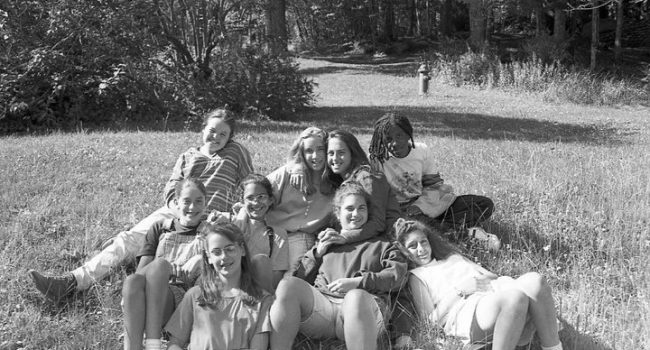 Why I Give: How Six Weeks Turned Into a Lifetime 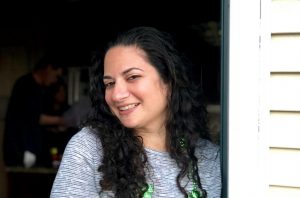 Although she began her Frost Valley experience at age 13 in 1987, Erica Reba’s best summer ever was her third summer – when she was 15. “By then, everything just clicked,” she explained. “Those first two summers were about developing really meaningful friendships and surviving the awkward ages of 13 and 14. By the time I was 15, I had learned to develop a sense of self-esteem and was so grateful to come to a familiar place where everyone was so welcoming and accepting.”

That summer of 1989 was magical for Erica. “I was only supposed to stay for six weeks, but I begged my parents to let me stay for eight,” she said with a smile. “I was having an amazing summer. The first session, during a group teamwork activity, I couldn’t get over this huge wall and was really down about it. By the fourth session, I got over that wall. I can’t tell you how much that meant to me – to hear my friends and other campers cheering me on.” It was the perfect ending to the perfect summer.

Erica went on to become a CiT, junior counselor, and finally a counselor. Her last summer at Frost Valley was 1994. “By that point, I had spent a third of my life at Frost Valley and was ready for new challenges,” Reba explained. While she never lost touch with her camp friends outside of Frost Valley, it took almost 19 years for her to make her way back to the Valley. 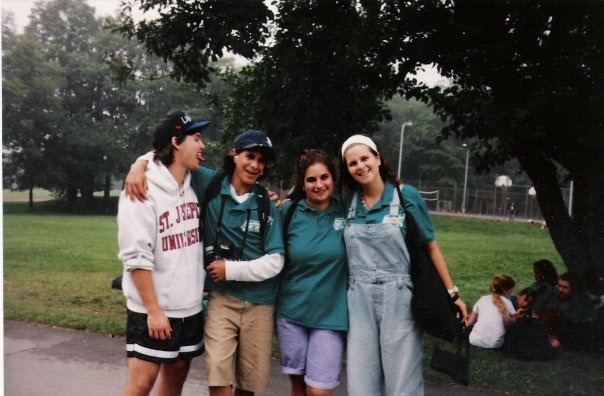 “Unfortunately, it wasn’t for a happy occasion,” she said, sadly. “It was for Eric Blum’s memorial.” Blum, a well-loved staff member and 2013 Volunteer of the Year, dedicated a lifetime of service to Frost Valley. By then, Erica had reunited with her old friends on social media and they convinced her to join them at Frost Valley for the 2015 Alumni Reunion. “I felt like I needed to come – but I was so nervous! I hadn’t seen my friends in so long. Would we all still have that special connection?” she wondered.

Her pre-reunion jitters were unfounded and the homecoming, according to Reba, was joyous. “After hiking High Falls, I felt like a teenager again – I felt like I had never left. That’s how Frost Valley makes you feel,” she explained.

For all that Frost Valley had given her, Reba wanted to give back. “I talked with some of my friends about how I could do something that would be easy, but meaningful. I wanted to give a child the same feelings and experiences that were given to me,” she said. “For me, the easiest way was to donate monthly.”

Choosing Frost Valley’s monthly giving program, Stewards of the Valley, Reba was able to help more children come to Frost Valley. “I’ve been giving monthly since 2015 and I love it,” she explained. “I don’t even have to think about it – it’s as if it’s just another bill – only I know what I get in return is priceless.”

For Erica Reba the counselor, campers who were at Frost Valley on campership were seamlessly assimilated into life at camp. They were just another camper. “Camp is all about having fun – about being a kid and being free. All of my kids were there for that reason, regardless of where they came from or how they got there,” she said, wistfully. “It makes my heart happy to know that I am able to help a child experience the freedom of a Frost Valley summer.” 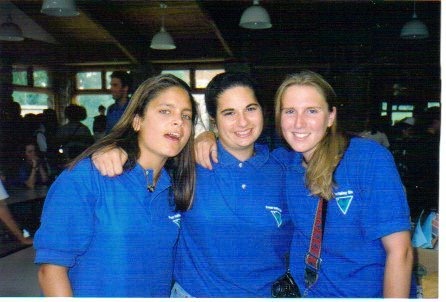 Thank you, Erica, for your support and dedication to ensuring that camp continues to change lives!

If you would like to support the alumni fund and pass the torch of camp on to the next generation of campers, please make a gift today.