Japanese Culture Sharing workshops highlighting different Japanese art forms have been held for over 20 years in our Friendship House, built in honor of our friendship with the Tokyo YMCA. This house is a traditional Japanese building decorated by the Honma family, founders of the Tokyo-Frost Valley YMCA partnership. Many of the Japanese traditions that are a part of Frost Valley today are thanks to the Honma family’s contributions. 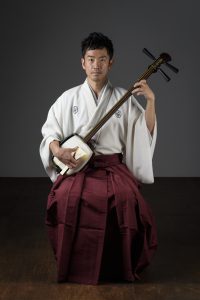 Shamisen is a lute instrument with three strings.  It has a very long neck and is about 30 inches long.  Around the late 16th century it arrived in Japan and soon became popular.  The shamisen plays a major role in Japanese theater such as kabuki.

In this workshop, you will learn the history of shamisen and everyone will get a 10 minute one-on-one lesson from the instructor.  Everyone has a chance to play shamisen.

Fumiyoshi Kobayashi is a shamisen player based in his hometown Niigata and performs inside and outside of Japan.  He not only plays standard number of Tsugaru shamisen but also tries to create new musical pieces of shamisen.  He aspires to challenge a new way to present shamisen to today’s generation.  For this workshop, he will bring Kengo, a shamisen player and Rica, a drum and percussion player to Frost Valley.  He has a solo concert at Carnegie Hall on October 5, 2019. 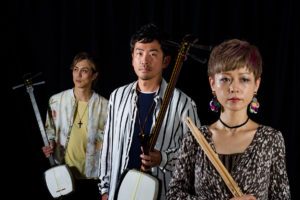 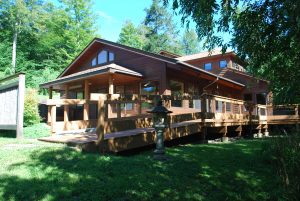