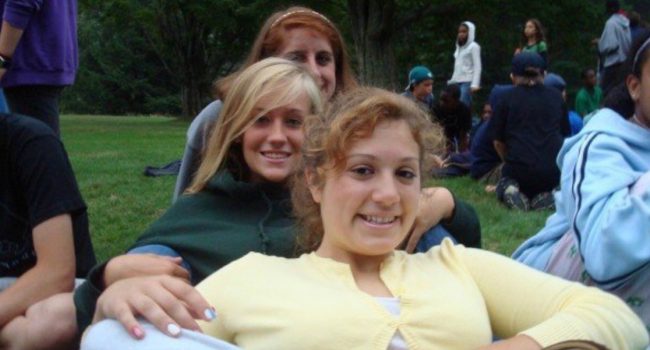 Emily Billig comes off stage after doing an improv performance in front of over 100 people in New York City and feels like she is on top of the world. She walks home to her midtown apartment, and reflects on her show, going through each joke and each response from the audience. It is in that moment that she also reflects back on her time at Frost Valley.

The summer of 2002 was one that made a lasting impact on Emily’s life. It was her first year of camp at Frost Valley and she .loved it so much that she returned for the next three summers as a camper, the following year as a CiT and then as a counselor. Her time at Frost Valley will always hold a special place in her heart, as it helped mold her into the person she is today. She got to know herself and learned how to be comfortable in her own skin, a trait that is crucial when pursuing a career in the arts. Her summers at Frost Valley are also when she developed her passion for music, as she learned about many great musicians.

“My life today would be very different if I never went to Frost Valley. I don’t know if I would have the confidence to pursue an acting career. Frost Valley taught me that it is ok to put yourself out there and to think outside of the box,” Emily explained.

Following her first year in college at an acting conservatory, The Hartt School at the University of Hartford, Emily had the privilege of working for Sullivan ARC. She worked in a day program for adults with developmental disabilities. “I am lucky that I got to experience the MAC program at Frost Valley because it prepared me for working at Sullivan ARC.”

Emily graduated with a degree in Vocal Performance and Theatre in 2011. She currently lives in Manhattan with her fiancé, Scott. When she walks down the aisle next fall, she will be surrounded by family and friends, many of whom she met that fateful day in 2002 at Frost Valley YMCA.