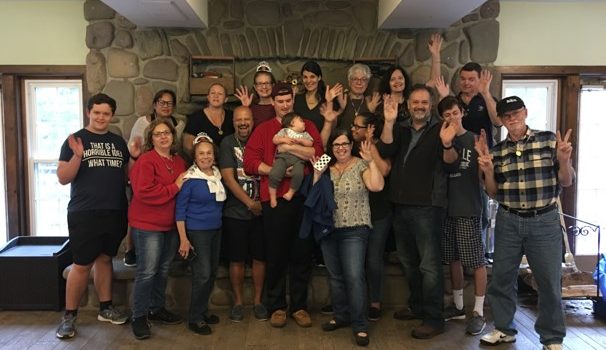 Family is more than a collection of people who share DNA; it’s a group of people that intentionally supports and cares for one another, sharing history, resources, and common goals. For Rob Gormly, “family” has come to encompass neighbors and close friends in addition to his blood relatives, and their shared history includes an annual reunion at Frost Valley YMCA.

In 1969 the Gormly family was living in Richmond Hill, Queens, NY when a friend of the family who was a Boy Scout leader brought his scouts to Frost Valley on a camping trip so they could experience nature. Soon after, their family along with friends’ families returned for a weekend retreat and loved it.

Every year since, 18-24 members of the Gormly tribe return to Frost Valley to soak in the breathtaking mountain views and spend long days catching up on one another’s lives. The Gormly “family,” which has grown over the years, has stayed in nearly every lodge on Main camp and at Strauss House before and after it evolved into East Valley Lodge. This year marks their 50th reunion at Frost Valley!

“It just became self-evident over time that we needed to keep coming,” says Rob. “It’s become a place where our group gets together to unplug and spend quality time together. We connect with each other and nature. We bond here. There’s this esoteric quality at Frost Valley that we can’t find or recreate other places. This is our happy place. It’s just where we need to be.”

Even the six-hour drive from northern Virginia doesn’t deter Rob, his wife Lori and their boys David and Aidan from returning to Frost Valley every year. For years until his good friend moved to California, Rob’s family held the record for traveling the farthest. Rob was also the person who came to Frost Valley at the youngest age (nine months) until his friend’s children were born and he began bringing them at two-and-a-half months old. “We like to bring them to the woods young,” Rob jokes.

Bringing the younger generations has been a priority for the Gormley family. Rob’s boys have been coming to Frost Valley their whole lives. A few years ago, worried their teenaged children might be growing tired of the same trip year after year, Lori asked David and Aidan if they were still happy coming here. They enthusiastically replied, “Absolutely!”

“The boys don’t have a problem giving up technology for the weekend,” explains Rob. “They know it’s always a screen-free weekend.”

Although the group enjoys archery and canoeing at Frost Valley, their most cherished pastime is simply spending time outdoors together. “My favorite memories include the silly ‘Frost Valley Olympics’ we created amongst ourselves,” Rob reveals. “We made up bizarre games and activities including rock sitting and giving out prizes. It’s all the many little things like hiking through the woods and getting lost or every year someone hiding a piece of the jigsaw puzzle so they can be the person who adds the last piece to complete the picture. There was the time my cousin caught a fish with an empty coffee can. It’s coming here and just letting your kids explore the world around them.”

“What’s been amazing is witnessing the bonds being formed between people that only see each other once a year at Frost Valley,” Rob describes. “You can’t create that bond any other way than through this long-standing tradition. On any given weekend, a small group of three or so people would break away from the larger group and have these intense conversations and then you would later find yourself in another one of these deep conversations with another small group. It’s like the volume of life is turned down so that we can really hear each other and make that strong connection to one another.”

This story originally appeared in Frost Valley 2018-2019 Annual Report. The Gormly family just celebrated their 50th Reunion our East Valley Ranch on Columbus Day Weekend! Here are some photos from their trip.

For more information about how you can plan your own family reunion at Frost Valley, visit our Family Reunions page or call 845-985-2291 ext. 450. 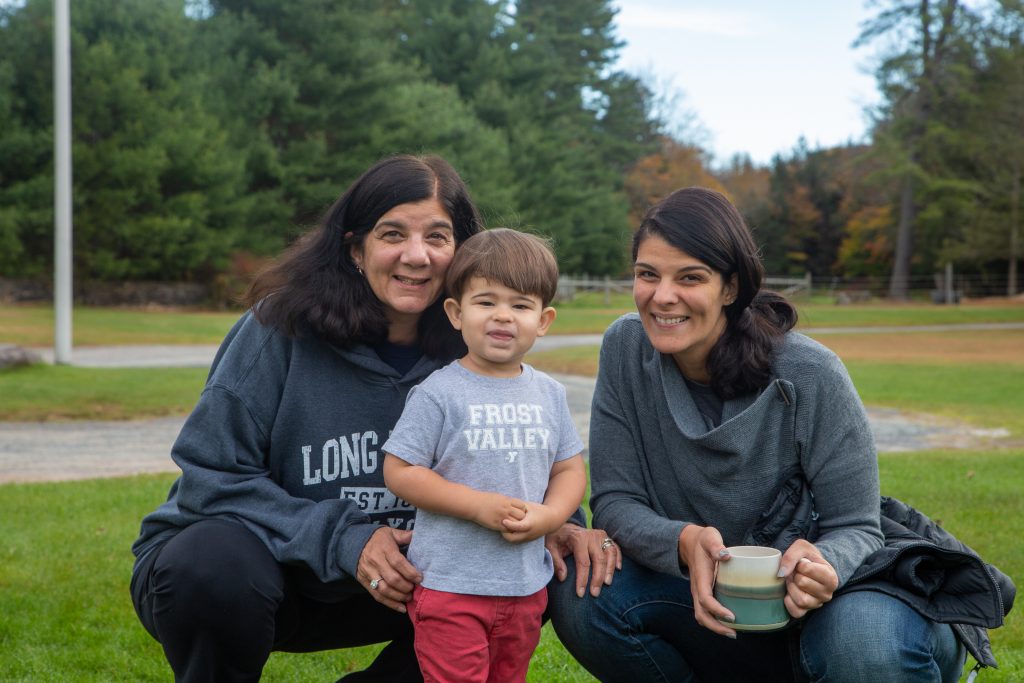