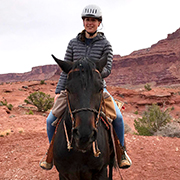 Emily grew up in Kent, England and graduated from the University of Leicester in 2011 with a BA in Sociology. She has worked with the Equestrian Center since 2010 in a number of different roles including as a Wrangler, as the Lead Equestrian Instructor and also as the Director of East Valley Ranch. Emily has been riding since she was 5, mostly English, but she developed a passion for Western riding when she came to Frost Valley as a camper. At the same time, she fell in love with Frost Valley. She now oversees the Equestrian Department here full-time, year-round, welcoming the many different groups we see here at Frost Valley as well as taking care of the Frost Valley horses! In her free time, she enjoys visiting her family, traveling, and hiking! 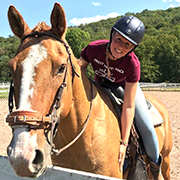 From all the way across the pond, Megan grew up in Nort
hamptonshire, England and graduated from Cardiff University in 2016 with a BSc in Psychology with Professional Placement.  Megan started her journey at Frost Valley back in 2013 as a counselor and riding instructor at East Valley Ranch. Over the past five summers, Megan has worked as the Village Chief of the four-week program, EVR Barn Manager and Assistant Director of EVR and now as the East Valley Ranch Coordinator. Megan oversees the summer programs at East Valley Ranch as well as welcoming the many guests at East Valley Ranch throughout the rest of the year. Megan has been riding English from the age of 4 and has enjoyed learning how to ride western since arriving at Frost Valley. In her free time, she enjoys experiencing American culture, trying new things, and visiting new places! 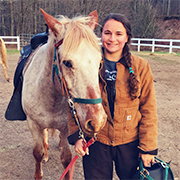 Claire grew up in New York and Hong Kong. As a child, Claire attended sleepaway camp at Frost Valley. Frost Valley has been part of her life since she was ten. In high school and college, she would spend her summers working at Frost Valley and has worked in multiple roles including Sleepaway Counselor, IT Coordinator, Farm Camp Program Director, and Farm Camp Assistant Director. Claire initially came to the Equestrian Department via her love for animals and the environment. Horses are a newer part of her life and she is enjoying learning more every day. In her free time, she enjoys riding, hiking, traveling, eating ice-cream, and simply being outside! 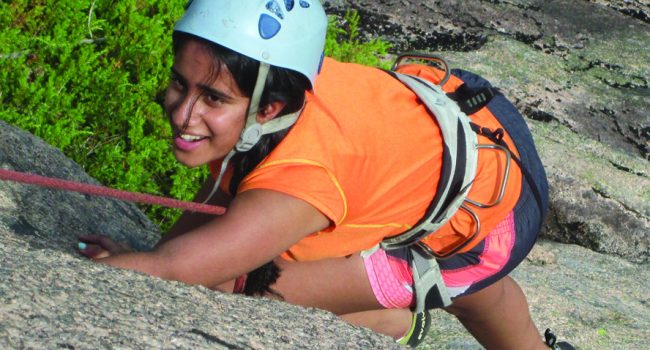