You are here » frostvalley.org » Overnight Camp » Adventure Camp » ADVENTURE AND THE POPCORN KING!!! 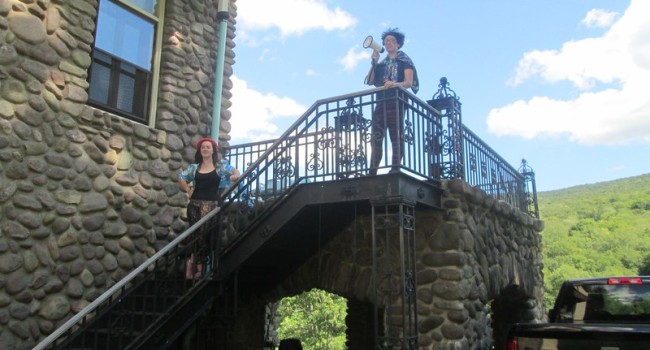 ADVENTURE AND THE POPCORN KING!!!

Today was spectacular. The sun shone but the breeze kept things cool. Adventure Village spent most of the day together. In the morning the groups spent some quality time bonding with their tents. Then Adventure teamed up with Lenape, a village in Resident camp, to play a capture the flag type game called Wells Fargo.

In the afternoon things really started to pop. The Popcorn King activity was brought to us many years ago from our Armenian Exchange Program and was revived last year by our Village Chief who played the game during her first year in AdVill. In the game Popcorn King, the campers are the rebels that are trying to free the popcorn king from the celery queen. To do this campers must complete tasks and activities to collect tokens from the 1% rich population. With these tokens the kids trade for popcorn kernels and cooking equipment all without the evil queen finding out what it is they are up to. After they collect all needed material the campers learn how to prep and cook popcorn on a camping stove. Then they take the combined popcorn to the popcorn king to build his power and take on the evil queen. The campers get lost in this world and their roles to work together and once again enjoy popcorn. An activity that even I bought into and had so much fun taking part in.

After dinner Adventure Village headed to the castle to play a crime mystery game called Killer in the Castle.