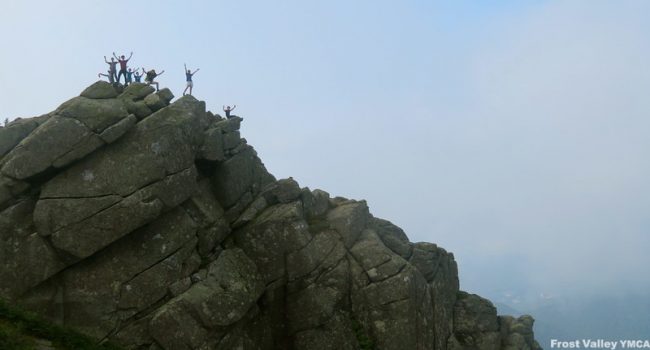 After spending some time hiking in the pristine hills of the Presidential Range nestled in the White Mountains, the group from the White Mountain Hike and Climb trip have gone vertical, taking on the challenge of climbing some of the best routes you can find on the east coast.  Guided by Eastern Mountain Sports, the participants on this trip and facing a mental and physical challenge that will bring them back to camp sore and smiling

Catskill Trail Builders
After a relaxing weekend back on camp, the group is headed back out to again maintain, improve, and build the trails that make the Catskills one of the best places to visit in New York.  After spending the previous week testing their mettle against half-ton boulders that needed moving, this time around the group will be faced with helping to build lean-tos, the exact kind that other campers will consider a break from sleeping on trail.

Over halfway through, and the campers on this trip are pushing on strong.  Having already summited several tough peaks, the participants of the Long Trail trip are already feeling stronger than when they left; packs sit better on backs, legs moving faster and stronger, these kids are coming to come back to camp feeling the trail behind them, but the skills they’ve learned over the last week there for the rest of their lives

Having spent the first week testing themselves on the seaside cliffs, this group is ready to hit the water for the sea kayaking portion of the trip, and they couldn’t be more excited.  After some time going over the equipment on land, the campers will be outfitted with gear to help them succeed before turning to face the waves.  The day will be spent going over the finer points of sea kayaking as the group prepares for their overnight. 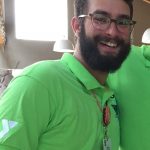