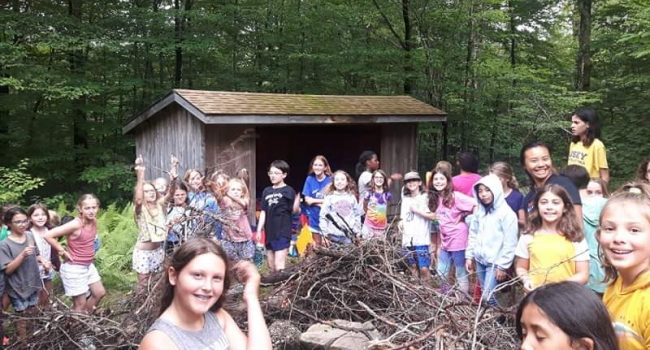 Our Susky campers completed their overnight on Thursday and despite the rain they weathered out the conditions and had a very successful night under the stars (which appeared for a little while at least)!

Preparation is key to all good outdoor fires and the girls set about gathering as much kindling as they could find, even the wet stuff! Birch bark was the fire starter they settled on and after some tending to and a few wafts of a crazy creek or two they had a fire good enough to cook on…and that they did.

Fifty-two pitta pizzas later and enough s’mores to open a small store, the girls ended their overnight with an evening hike and stories and games in the lean to’s of our sequoia trail before hitting the hay. They awoke to a new dawn and a new appreciation for mattresses but more importantly, a new and greater love for the outdoors.