You are here » frostvalley.org » Overnight Camp » Camp Henry Hird » Having Fun in the Rain

Having Fun in the Rain

The weather was on the more dreary side today but it didn’t stop anyone from being outside and having fun!

Our specialties went ahead as usual and it was great to walk around and see everyone getting involved. I came across Lenape and Tacoma in a sport specialty playing some field hockey. It was a really close game with both teams showing a lot of effort as well as some great skill. 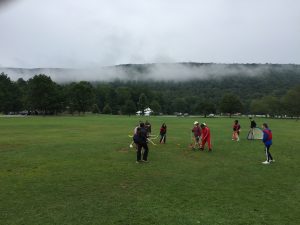 Pac joined Al under the tent (and out of the rain) for a predictably energetic and competitive game of Geronimo. I haven’t seen so much laying out on the ground at the Geronimo tent all summer. It was great seeing campers being willing to get dirty. 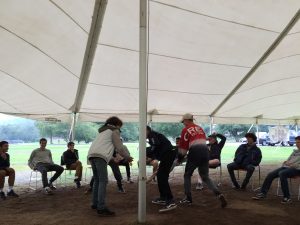 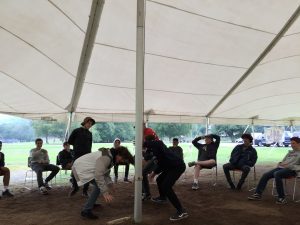 Tacoma spent some time under the archery nets letting out their inner Katniss. 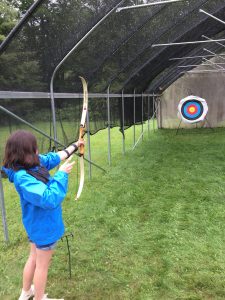 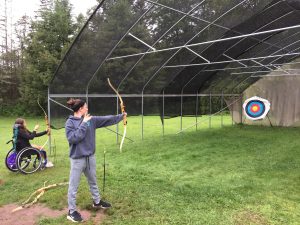 Hemlock weren’t scared away by the rain and were out on Filreis Field with Pac playing a modified version of softball that the counselors made up. 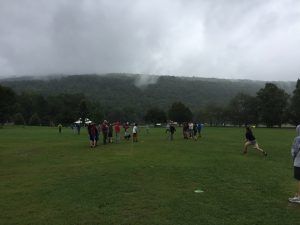 The last thing I wanted to highlight for the night was something really creative that our counselors did. Every week our counselors make illustrations and decorate their schedules in different ways. This week Sacky had one of the most creative schedules I’ve seen so far! 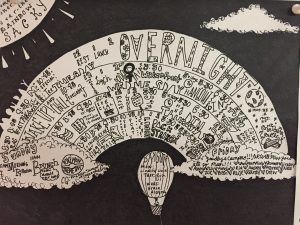 Hopefully it foreshadows the rainbows we see for the rest of the week as the rain goes away the the sun comes out!