Hello and welcome to the Henry Hird blog! We (Alana and Morgan) will be blogging every night with updates on what the villages in the Hird have been up to recently.

Yesterday was check in day! It was so great to see so many smiling faces from returning and new campers alike. When everyone arrived our villages started by doing name games and teambuilding so everyone could get to know each other right off the bat. From there we all had pizza in the Dining Hall. Our first night at camp always ends with Opening Campfire and smores, below are some of the pictures from the campfires. 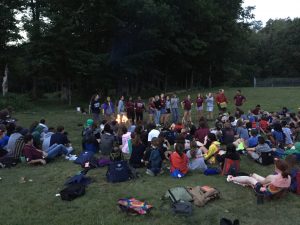 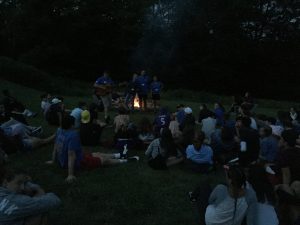 Al (one of our trustees) plays a song for Windsong, Pac, and Sunburst 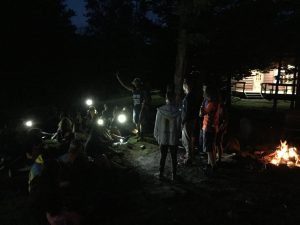 Today was very eventful too! Hemlock bonded one of the younger villages at camp Outpost, they played a giant game of dodgeball on our hardcourts. 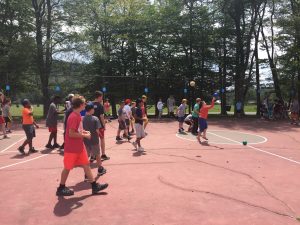 Tacoma and Lenape learned cheers for Hoopla starting tomorrow (Hoopla happens at the end of lunch every day. It is a big cheer contest between the villages with lots of spirit and dancing involved). 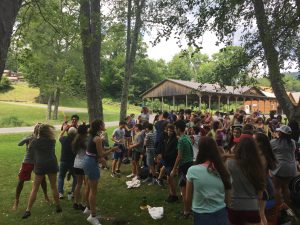 Windsong and Sunburst played Geronimo with Al (Geronimo is kind of like a giant game of musical chairs but with more rules). It’s a camp favorite that every village plays at some point during the summer. 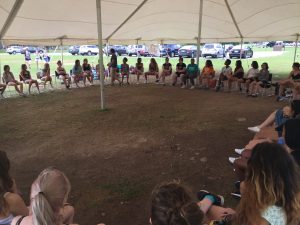 Everyone ended their afternoon by doing swim checks down at the waterfront. There were games and splashing in our shallow session while the swim checks were happening. 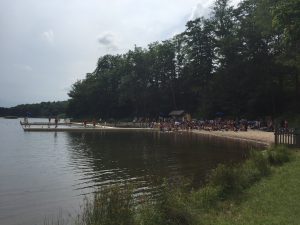 Be sure to check out SmugMug to see the cabin photos that were taken earlier today and to check out this space for the next 2 weeks as we give you updates on how camp is going!