Today was exciting for a number of reasons: 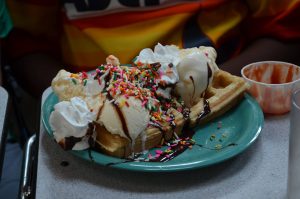 3. This Sunday was exciting because it was Pokemon theme day! We’ve been building up to this theme day all                  week. After rest period everyone met on Filreis Field and got divided into teams. These teams were a mix of ages          (it included Wawayanda and Hird) as well as programs (Mustang and Tokyo joined too!) All over camp there                were staff members scattered around who had challenges for the teams or were ready to battle with them using            the dice system that we made up for the game. Teams got really excited to catch all the Pokemon, including                  some legendary Pokemon that were hiding in special places. After dinner all of the teams met again to have the           final battles to find out which team reigned supreme and also play a bunch of other activities that had been                   organized, for example, creating your own pet rocks (known as Geodudes in the world of Pokemon). 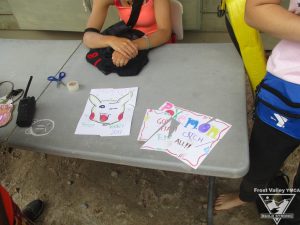 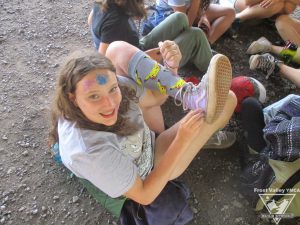 Everyone was wearing their favorite Pokemon attire! 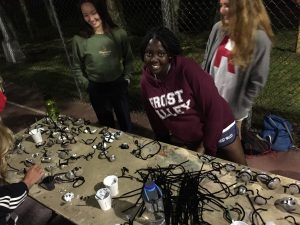 Tomorrow we are back into the typical camp routine involving specialties and the waterfront. Hemlock and Sacky will be going on their overnights (weather permitting!) and everyone is excited to get back to all their favorite activities!