You are here » frostvalley.org » Overnight Camp » Camp Henry Hird » Saturdays Are For Dancing 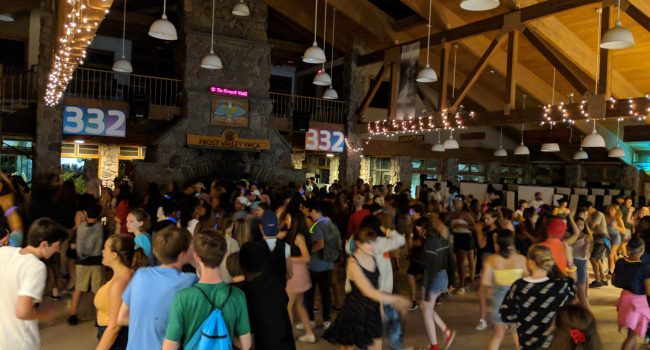 Saturdays Are For Dancing

The Hird spent a lot of time as a group together. This afternoon saw all the villages come together for a big block party at Windsong’s lodge. They had a bouncy house, tie dye, and a big water fight. Below are some photos, including a photo of some Windsong campers practicing a song on ukuleles that they have been working on all session. 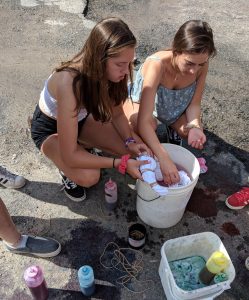 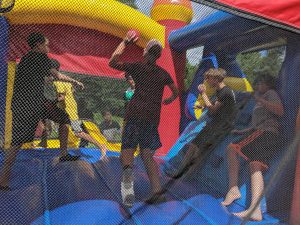 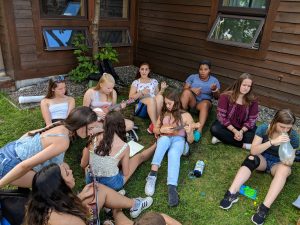 Tonight was the dance! All of our villages came to the Dining Hall for some energetic jumping around and dancing. The photo below is everyone taking part in the Cupid Shuffle.