Today was a busy day for the Hird! Pac and Windsong both left for their 2 night overnights. Windsong are spending their first night at Merrill Pavilion which has a panoramic view of the Catskills (they’ll see one of the most spectacular sun rises tomorrow morning) and Pac are staying at Pine Grove which is nestled into the trees next to the Neversink river. Tomorrow night they’ll switch places and Thursday they’ll make their way back to camp. 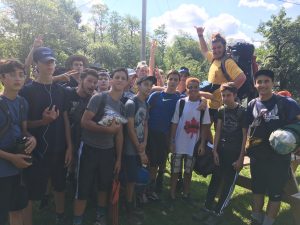 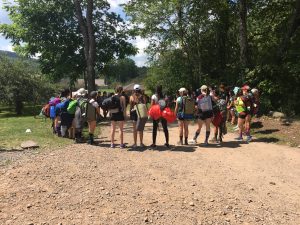 Windsong have a village meeting before leaving 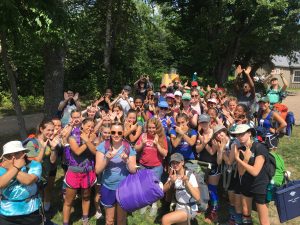 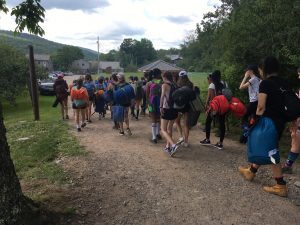 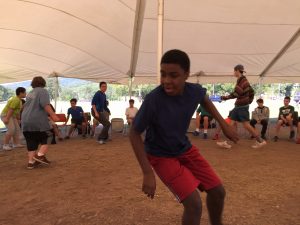 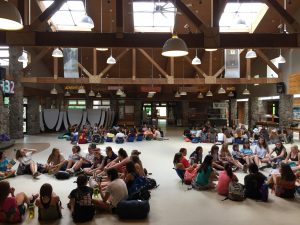 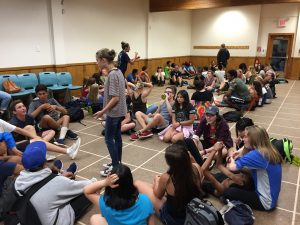 Tacoma and Lenape played Beat the Clock Charades (Charades with a time limit between the teams).