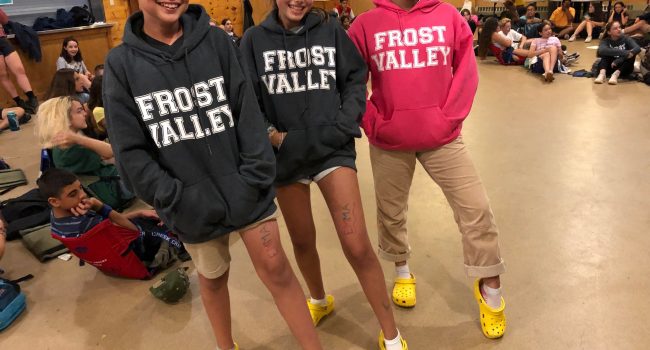 Sacky/Hemlock/MAC Challenge Night last night. A roaring, spirited success. Why? Well because of some superb judges, including (at far right in the pic below) Cody Spears who after many years here served as CN judge for the very first time. Also, at far left, Sandy Shapiro Bohn, who is here this summer after first coming as a Pokey camper in 1969—that’s 50 years, if you’re counting. Anya, just below, is the daughter of a Pokey counselor from the 1990s. You also see, in the third pic down, the winning triplet in the “Look Most Alike” contest. Note the colorful FV footwear. Fourth shot down: Skylar, here two sessions, is the winner of the hula hoop challenge for the second time this summer. 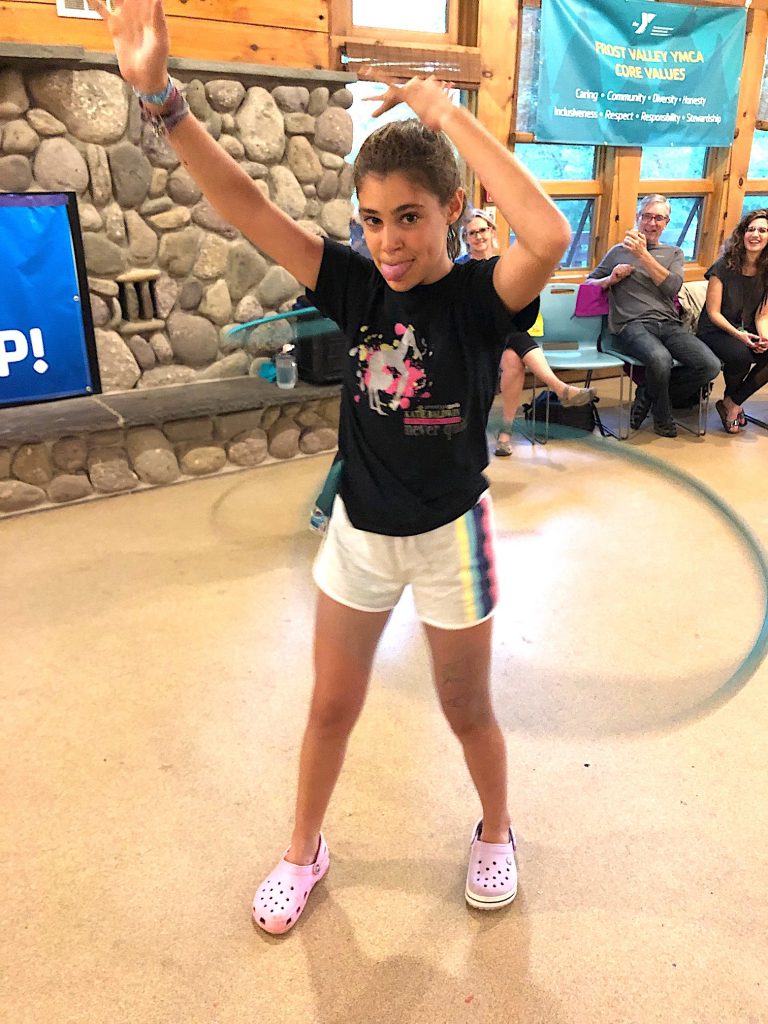 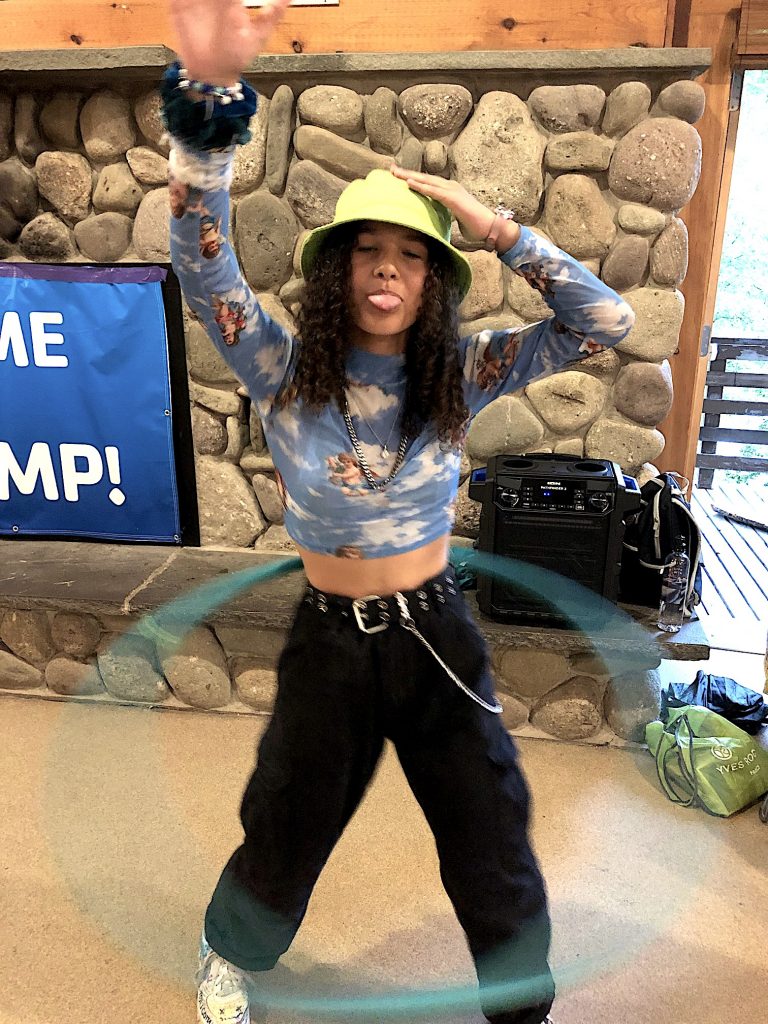