You are here » frostvalley.org » Alumni » Eric Blum’s legacy in action: no job too big or small… 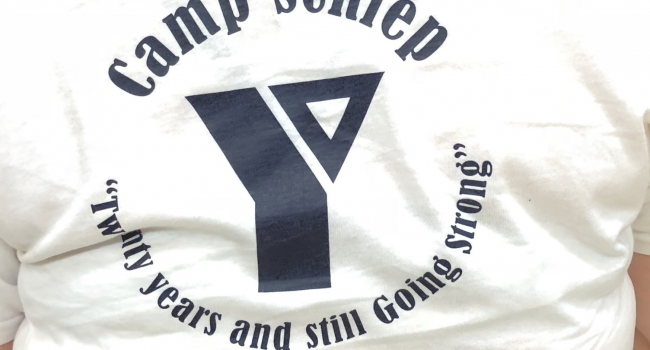 The late Eric Blum would send (to a selected few true hard-working people) a “Schlep” t-shirt—usually in September or event October. I received three of these over the years. I considered myself a hard-working volunteer throughout the summers I worked alongside Eric, himself the consummate volunteer. But Eric defined volunteering with an intense narrowness of focus—focus on the grunt work, the work no one else would do, the clean-up stuff, the long boring driving, luggage, litter pick-up, wiping down Pokey-Totem tables, triaging in the health center, putting equipment properly away after the fun was done. That was Eric. So only three times did he consider me in that hard-core category. The true Schlep.

So I’ve had these shirts and treasure them.

I can’t say that L. (a long-time camper who loves Frost Valley more than pretty much anything) is quite exactly a Schlep. But somehow I have connected her over-the-top passion for FV with Eric’s. And Lucy has wanted to win a t-shirt at Challenge Night for years and has tried really hard. The “judges” always enjoy her antics (especially her staff impersonations) but for some reason she’s never quite won the shirt. But this summer she did win. The usual shirts weren’t quite right so I dug into my bag and found this one. It’s perfect. May L. return like Eric to FV for years and years and may she discover, as Eric showed us, that one’s true heart is in the little things we do for others. And as Eric would say (always so succinct he was): “That’s camp.” 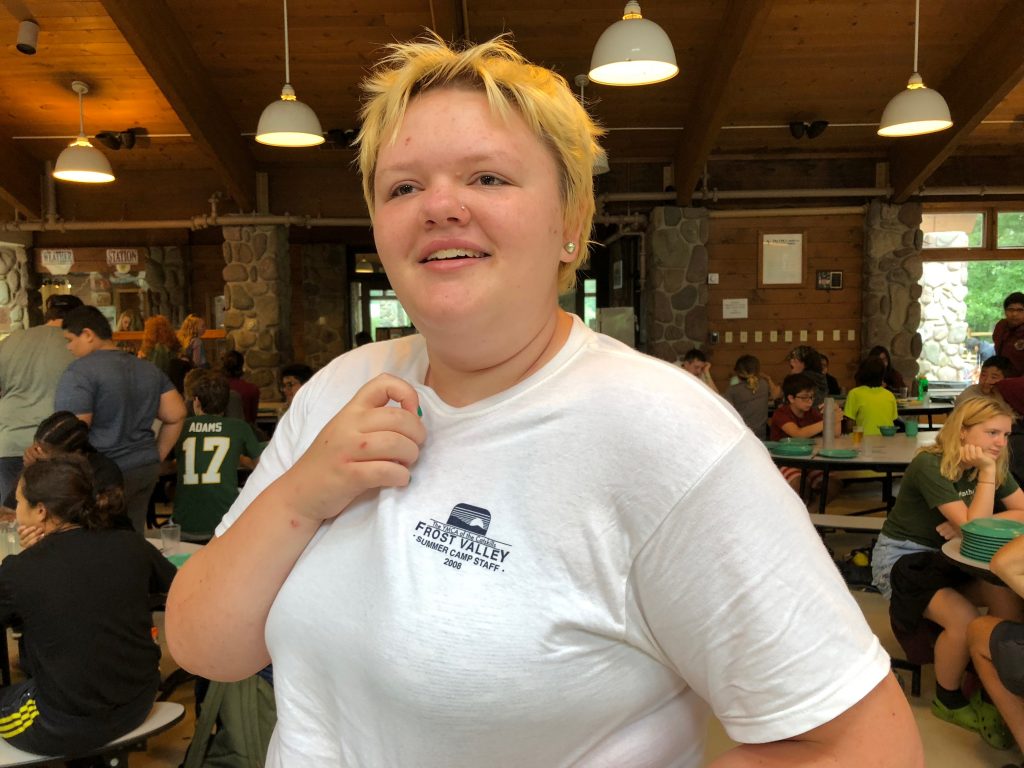