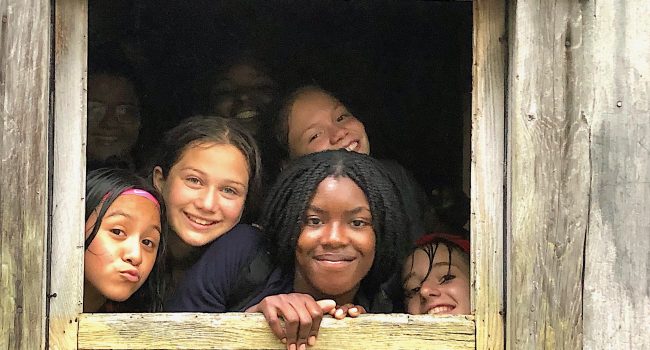 Every summer I set aside a double period hike during the morning of the last full day of the camp session. This summer for various reasons it wasn’t able to happen on the last day of the first three sessions. But yesterday we did it. A small group of Tacoma campers joined me and their counselor Sophia Lola. We consulted trail maps, chose a route (Spring Run trail to the Line Shack trail—to the Line Shack itself and then back down via Sunrise trail), and then set off. Unfortunately after about 20 minutes it started to pour. I mean pour. The hardest rain I’d experience in a while and it didn’t let up for quite a while. I offered the campers a chance to turn around but they insisted they we keep going. We got soaked but everyone was in great spirits. We sang songs. Talked about family at home. About camp, of course. Once at the Line Shack we took refuge in the little shack. I told the kids about the origins of the Line Shack. After a while the rain stopped and a little later the sun came out. By the time we got back to the Observatory (via the Sunrise trail) we were looking at a sunny Wildcat Mountain with lines of fog. Much later—at 10 PM that night—I arrived at Tacoma’s Day Lodge to tell a story (“The Doubletop Plane Crash Mystery”) and the small group of Tacoma people who’d been on the hike had told everyone about it and described it again, with me present, with tremendous pride.

Hiking: it’s for real. Even in the rain, it’s memorable. A little bit of stretching, a little discomfort, all good. 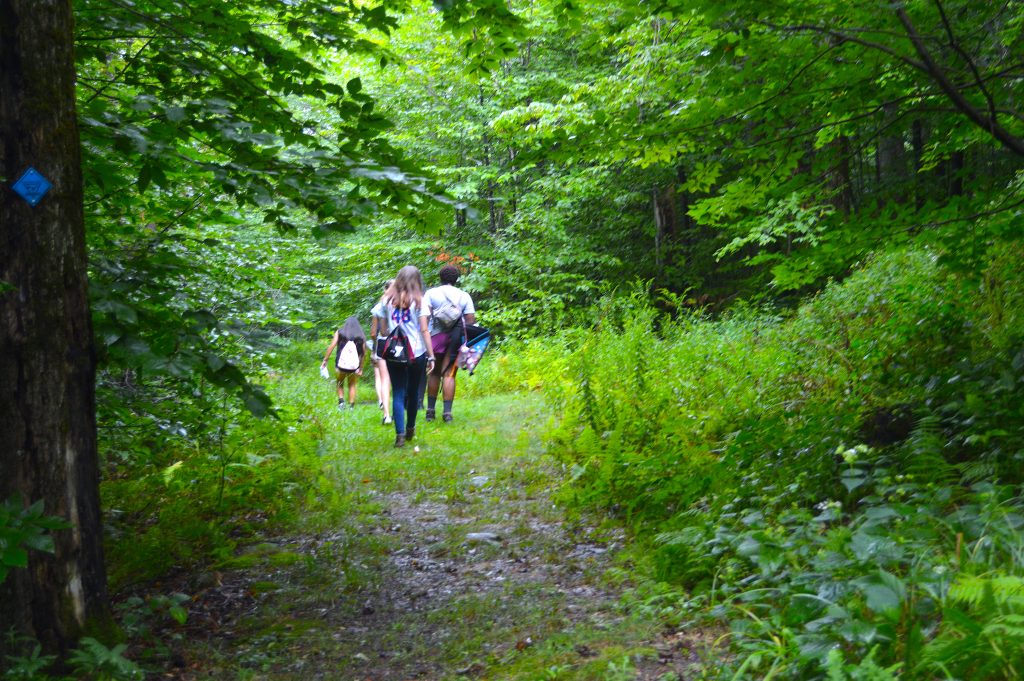