You are here » frostvalley.org » Overnight Camp » One Camper’s Review and Advice for Future Frost Valley Campers 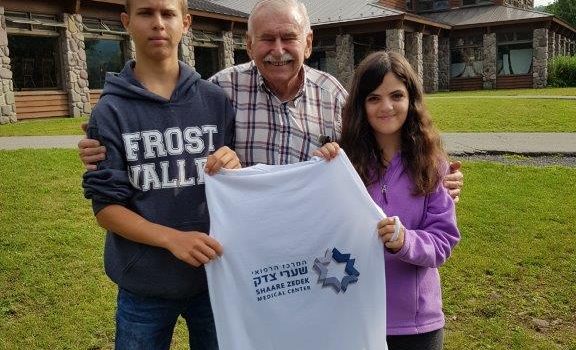 One Camper’s Review and Advice for Future Frost Valley Campers

Thank you to Paul M., a camper who attended Frost Valley this past summer, for sharing his review and advice for future campers!

This is a review and a little advice about Frost Valley YMCA. And a little of my experience in Frost Valley YMCA. I want to start with the fact that it was the best experience I have ever had! My best summer ever! The nature is so beautiful! The air is clean, and it’s always a joy to wake up in the morning and breathe it! The counselors are great and very friendly! They’re helpful and happy to help you at any time! But I have to tell you how to make the best of it, how to get all the fun in this place—Frost Valley YMCA!

I had a lot of fun at camp because I followed all the steps that I previously wrote and explained. I always had a positive attitude, I talked, I got involved, I got over the fear of asking a girl that I liked to a  dance.  Yes, I’ve made a couple of mistakes in  planning my session, but that’s how one learns. One learns from his mistakes. But I’ve always tried to have fun. I went boating,  competed in the Olimpix, talked and played with everyone. I’ve mostly enjoyed the hangouts! When I played basketball, catch,  football, ran, ect… At the hike we stopped by a river and I learned to skip rocks, I played in the very cold water, and then stood around the camp fire… ate marshmallows, and sang many songs with everyone around me. It was a very good time!  I remember every morning coming out of my cabin, looking up at the mountains around me with their peeks covered in fog. It was always beautiful. At the dance, I asked a girl to dance with me! At first I was nervous, but luckily it wasn’t the first time I talked to her. But it was still hard; I have never done it before. But at the end, I did it and we had a great time together!  Now we’re very good friends. At the end of camp I felt very down. It was hard for me to say goodbye to everyone I have made friends with! That last day of camp made me think of all the things I have done and experienced during those two weeks! The fun meal times every day, the activities, the hike, the friendships, the games, the jokes, the funny/silly things my friends and I have done together, the feelings that I felt… The great counselors that I had, that helped me every time I needed something. Especially during the hard hike that we had.

I can still remember the love from everyone at Frost Valley! Frost Valley YMCA is in my opinion one of the best places a kid could go to during either: spring, summer, fall or winter.