You are here » frostvalley.org » Overnight Camp » Return to Main Camp!

Today saw 3 villages return from their overnights! After fun-filled nights of pita pizzas and s’mores everyone was glad to get back and have a nice relaxing day on camp, especially Tacoma who hung out in arts and craft making candles for the morning.

While the older villages were relaxing, the youngest villages in the Hird, Sacky and Hemlock, were letting off some energy! They played a joint game of human bowling involving our giant earth ball. 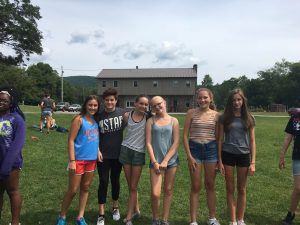 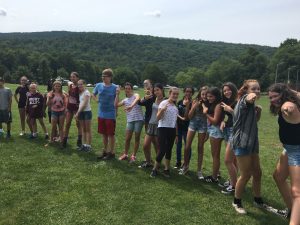 After lunch Hemlock played the camp favorite Geronimo with Al. 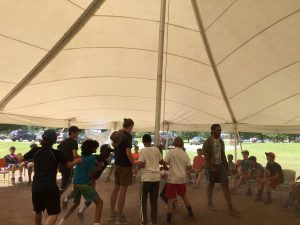 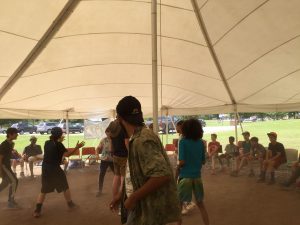 Everyone is looking forward to some exciting evening programs tonight. Hemlock are doing some game shows with MAC Boys, Tacoma are doing a spa night at the Waterfront, and Windsong and Pac are celebrating the end of their 2 night hike with a “Thurs-yay!” celebration in Arts and Crafts. We’ll have updates on Lenape and their overnight after they return tomorrow!