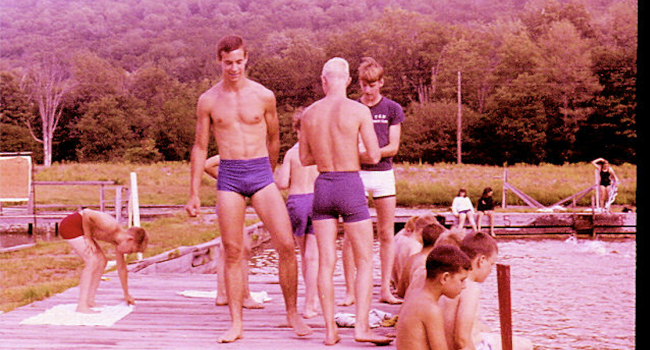 I’ve been telling a story at camp for years. It was first told in 2008 in honor of the 100th year of Camp Wawayanda at Frost Valley (1958). It’s called “Sawmill, 1958,” and by this point thousands of young people, some now not so young, have heard it. This is not the place to tell the story—not even hint at it. My stories (and I think all good camp stories) are oral history. They are told, not written down. They are remembered (sometimes vaguely) in the minds of children until they are old and figure out it’s time to pass them along. At Frost Valley stories convey our history and even (though they are sometimes “scary”) our values.

Anyway, by this point I have a dozen stories in my repertoire. “Sawmill, 1958,” which I told two nights ago to Sacky (around a fire, under the stars!), features Scott Sanborn, a great swimmer, Wawayanda lifeguard, much-liked staffer in the early days of the camp here at FV. He was part of the Westfield NJ crew. I found a photo of Scott on duty as a lifeguard at the waterfront (notice the docks are near the boathouse) and am pleased to post it here. It happens that one of the little guys sitting on the dock is yours truly. Scott is the guy facing the camera with his left hand behind his back. 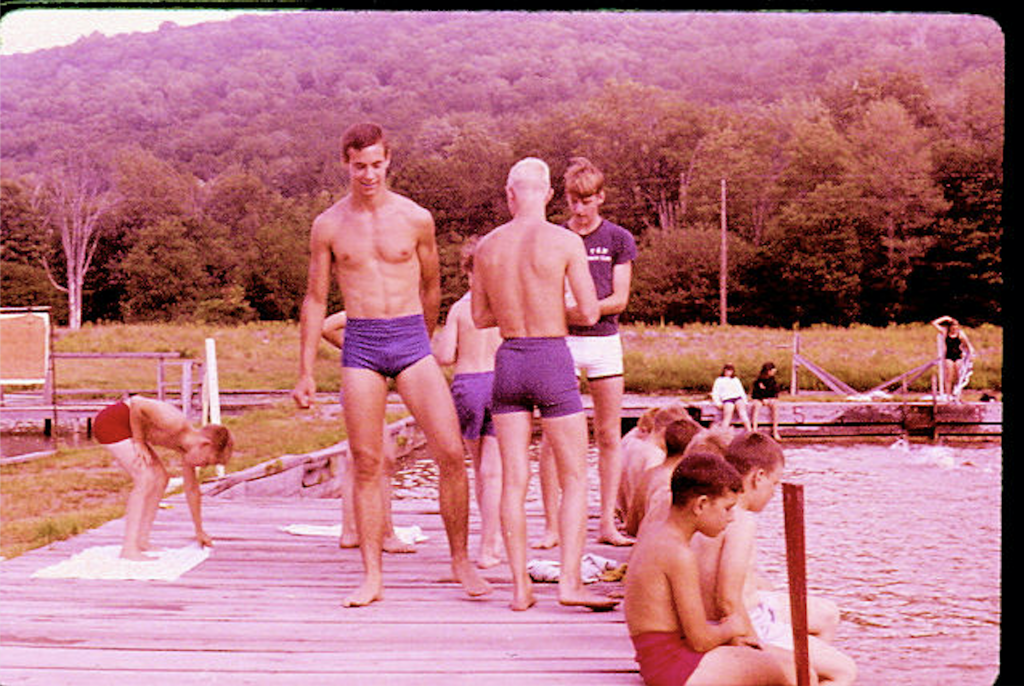