You are here » frostvalley.org » Overnight Camp » Camp Wawayanda » The Dance! 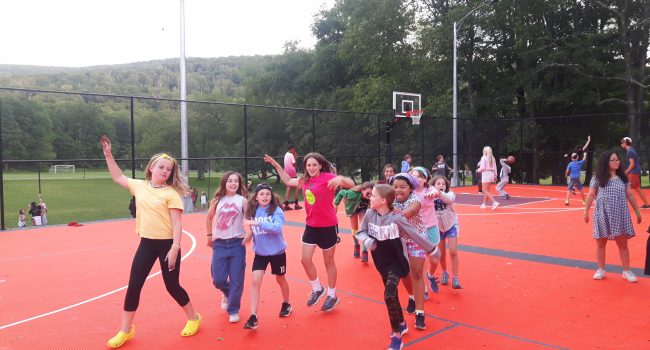 Wednesday night was Wawayanda’s dance night on the brand new hardcourts and it was magic! The air was warm and balmy and smelled like summer nights in the catskills (pine needles with a hint of campfire) and the atmosphere was electric. 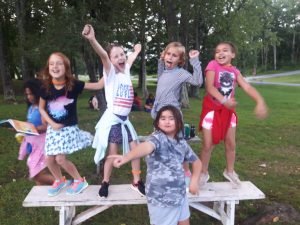 The theme was  “Hard Core” in refernece to the hard courts and this was up for interpretation. We had campers dress up like basketballer’s, we had campers in the brightest color clothing they had and we had campers in the wackiest costumes they could muster up. During the dance we had games of knockout, face-painting, tetherball, some five-a-side soccer and Yash, an Outpost counselor entertained with some card tricks. There was something for everyone and thankfully, Old Town Road was played just the once! 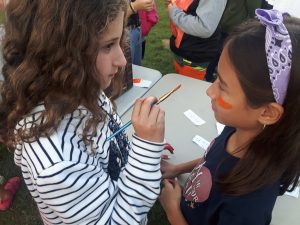 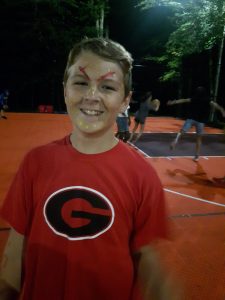 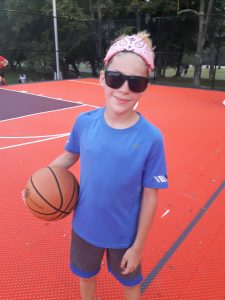 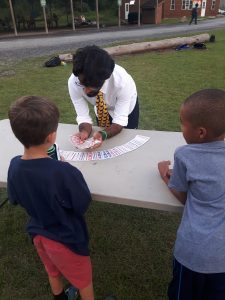 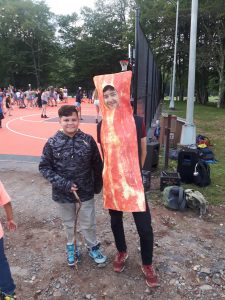