The weather was on our side tonight and we finally got to play USB (Ultimate-Sicko-Ball) one of the most famous and beloved games here at Frost Valley. 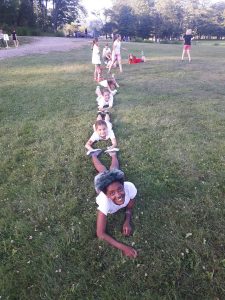 All of Wawayanda (minus Pokeytotem who are on their overnight) divided into four teams of black, white, green and red. Straight after dinner we descended to Big Tree Field and with the lead from Outpost counselors, the whistle blew and it was game on! 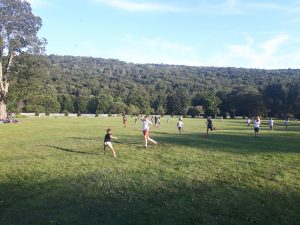 The idea is that each team has a section which is their safe zone. In their zone they have to protect round, spherical objects contained within a hula hoop. The winners are those with the most spherical objects by the end whistle, so this means you have got to try and steal the opponents spherical objects without getting tagged! A simple idea but one that gets both campers and counselors in the competitive spirit. 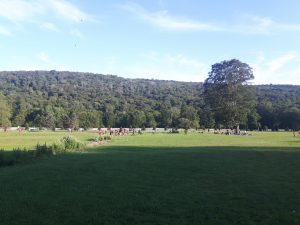 Who won tonight I hear you ask! Tonights victors were the white team! Special shout out to the green team that had the least amount of team members but boy did they put up a good fight!