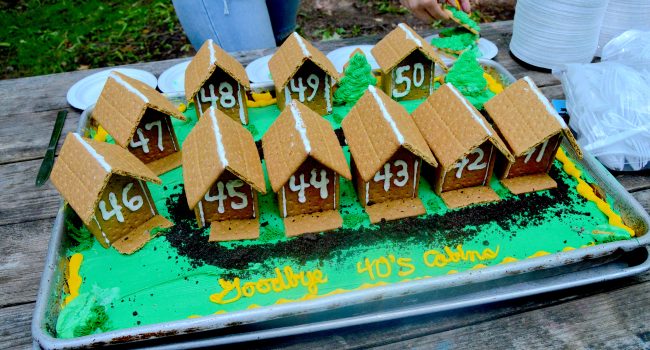 Ten beautiful new cabins — two villages of five each — are being constructed up the hill (across the road from Bodman, Day and Kellogg, not far from the road up to Kresge Lodge), and this is where, next summer, the girls in Lakota and Susky will live. Exciting, but that doesn’t mean they weren’t sad about leaving the old cabins numbered 41-45 (Lakota) and 46-50 (Susky). Folks reading this who go back further than the 1980s will know these old cabins as Sacky (cabins 11-15) and Tacoma (cabins 16-20). They will built (in a hurry) for the 1966 season, at the same time as the Girls’ Dining Hall (now Geyer Hall) was built. Their construction, back then, signalled a big change: “Girls Camp” or “Camp Wawayanda for Girls,” and, later, “Camp Henry Hird,” would have twenty cabins (not just ten) and would no longer have to share the dining hall space on the other side of camp. In fact, the first years of girls at FV ate meals in the “back room” of the old Boys Dining Hall. They felt set aside, temporary, etc. The cabins we said goodbye to today created a big positive change here at Frost Valley, and will be remembered by generations of girls and women until 1982, and then by generations of all campers (for Hemlock and Lenape lived there for a few years too), very very fondly. They are by now quite run down, worn, “lived in.” But the Lakota and Susky campers and staff adored them.

So today Susky and Lakota hosted a “40s party.” A beautiful cake was provided by the kitchen. The directors came. The girls marched around “the Hill” (which is what the two villages on that hill are called), jokingly protested the taking down of the cabin signs, and wrote down their memories on placards.

The cabin number signs are being stored, and will be freshened up and will probably be affixed to the new cabins. Yes, these two new villages will be Susky and Lakota and will be numbered 41-45. Change occurs but then again things stay the same. 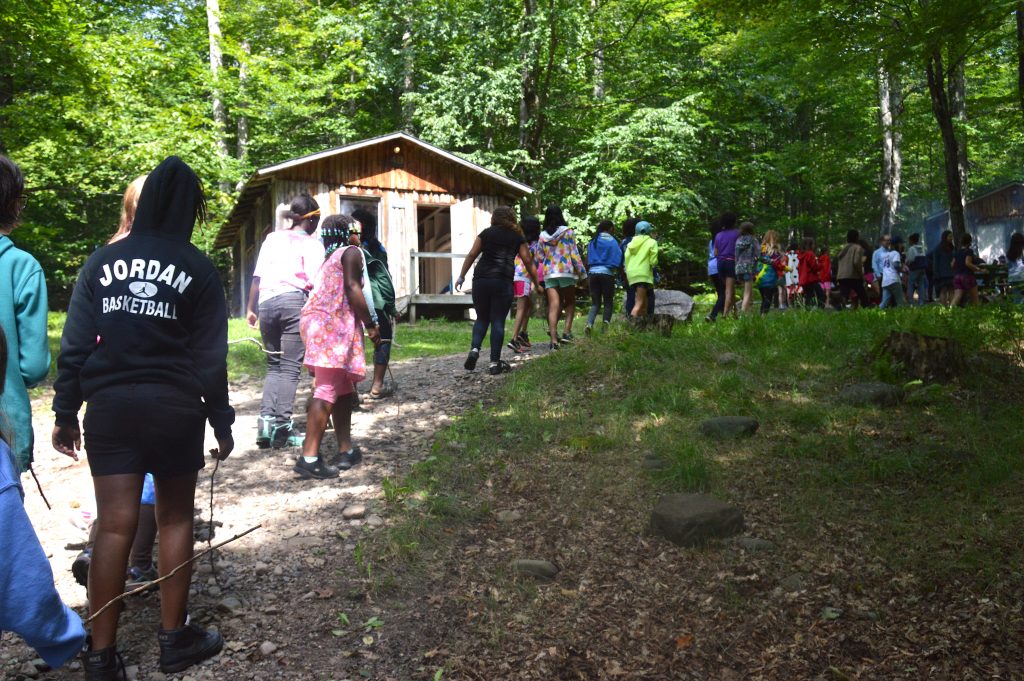 Lakota and Susky campers marched around “the Hill” one last time. 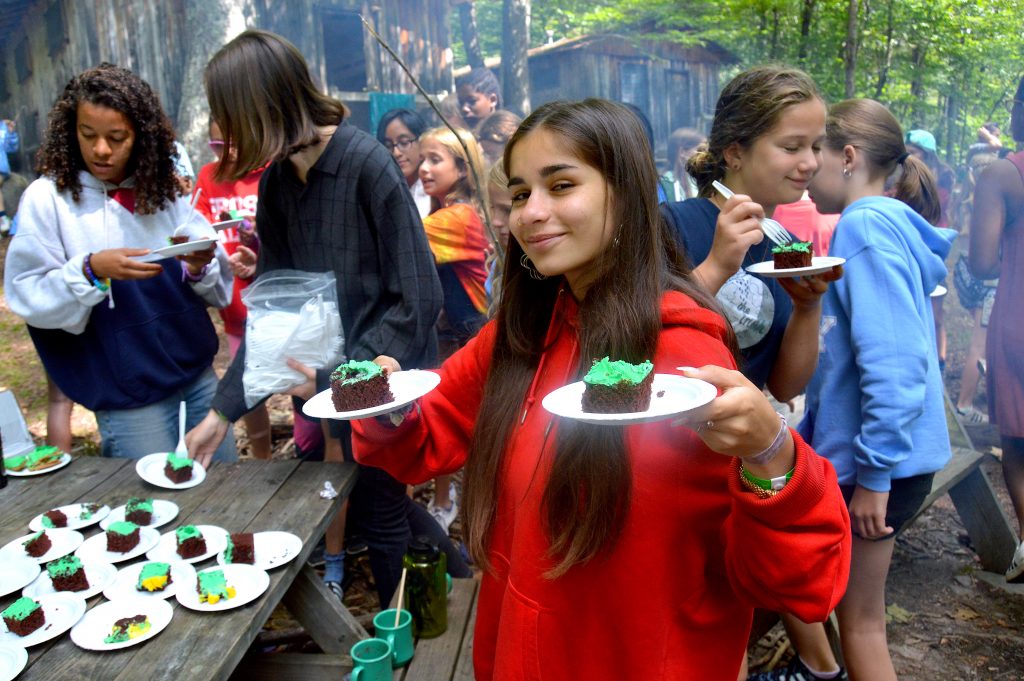 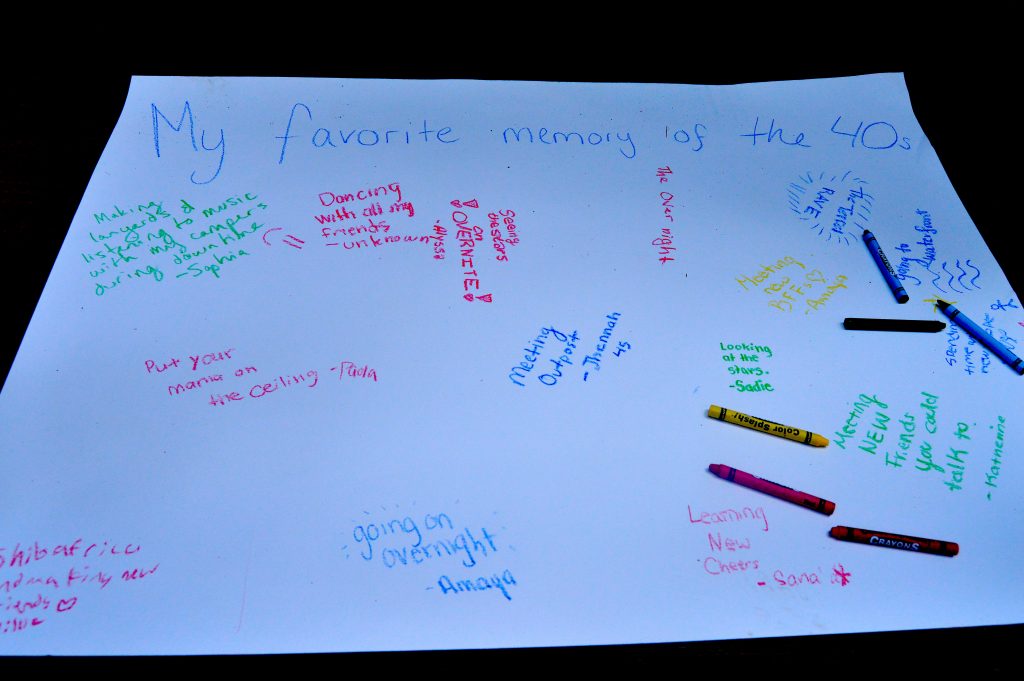 This summer’s campers jot down their favorite 40s memories. Generations before them will have their own. These cabins, now badly needing replacement, were built in a hurry for the 1966 season. 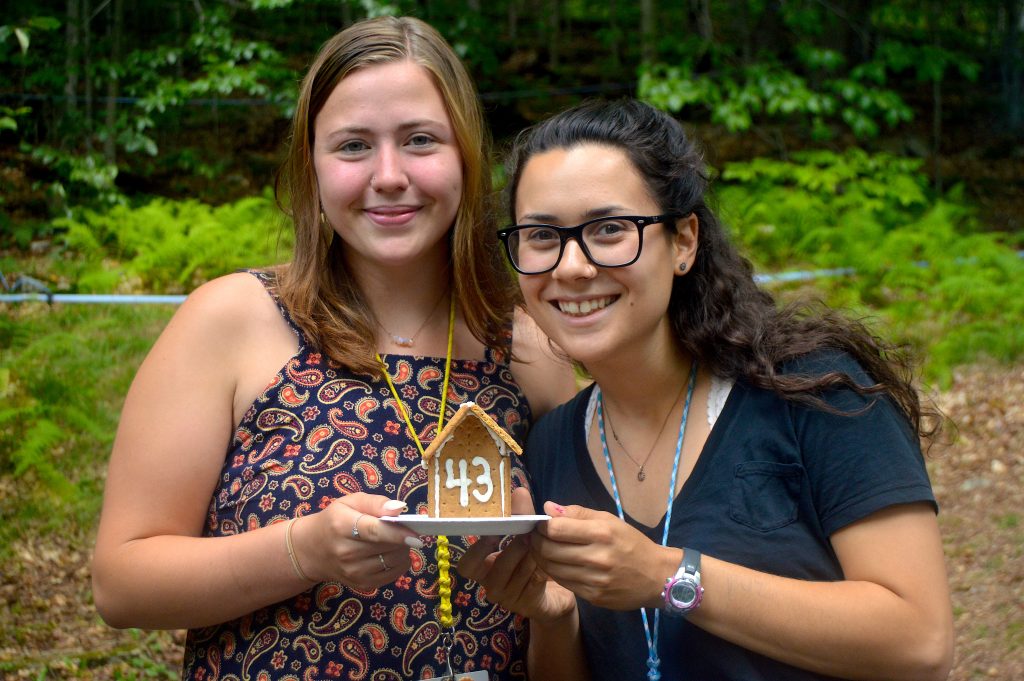 This year’s Lakota village chief (Emily) with a previous Lakota VC (Hannah). They both lived in cabin 43. 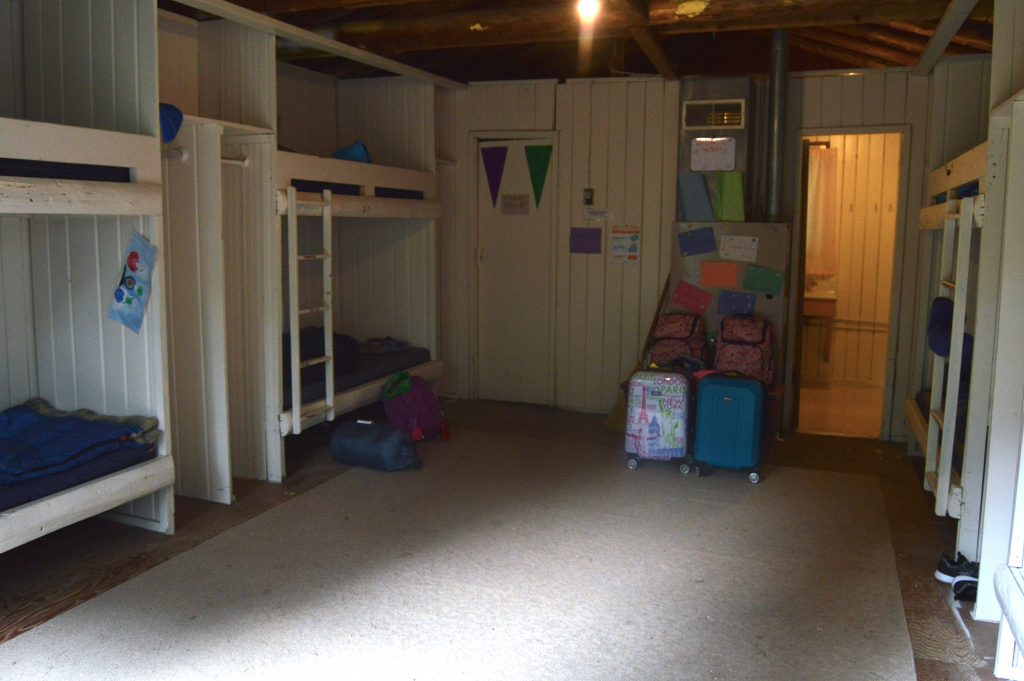 This photo actually makes one of the Lakota cabins look pretty nice. But actually they are in bad shape. Still, the campers and staff of the Hill love them and are sad to see them go. 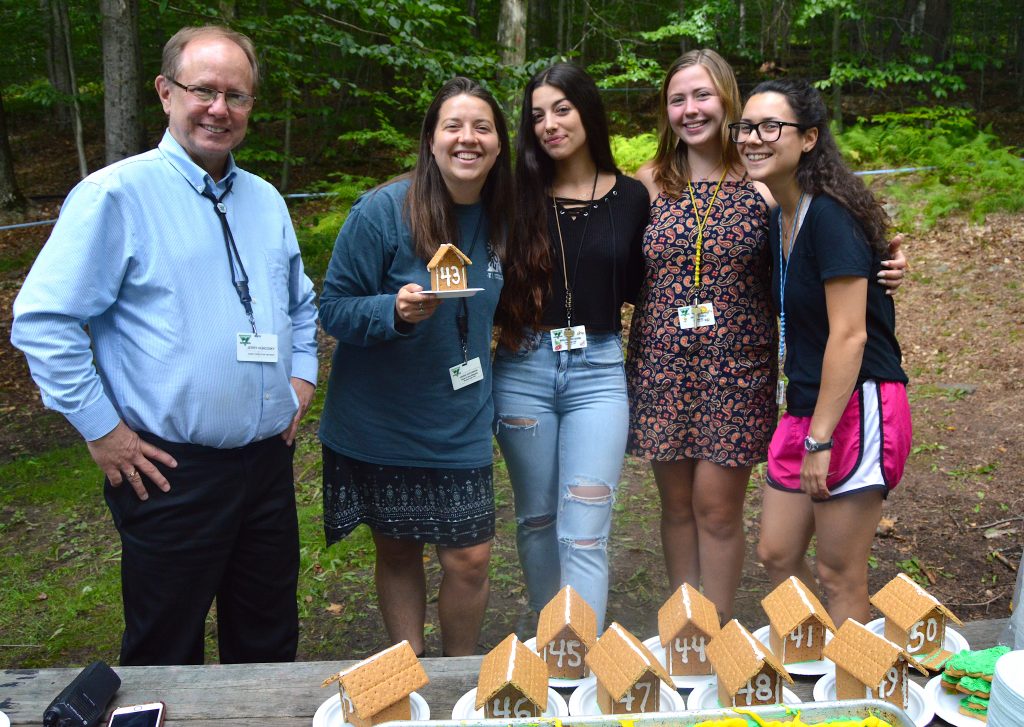 FV CEO Jerry Huncosky joins the two Wawayanda directors and the VCs of Susky and Lakota. 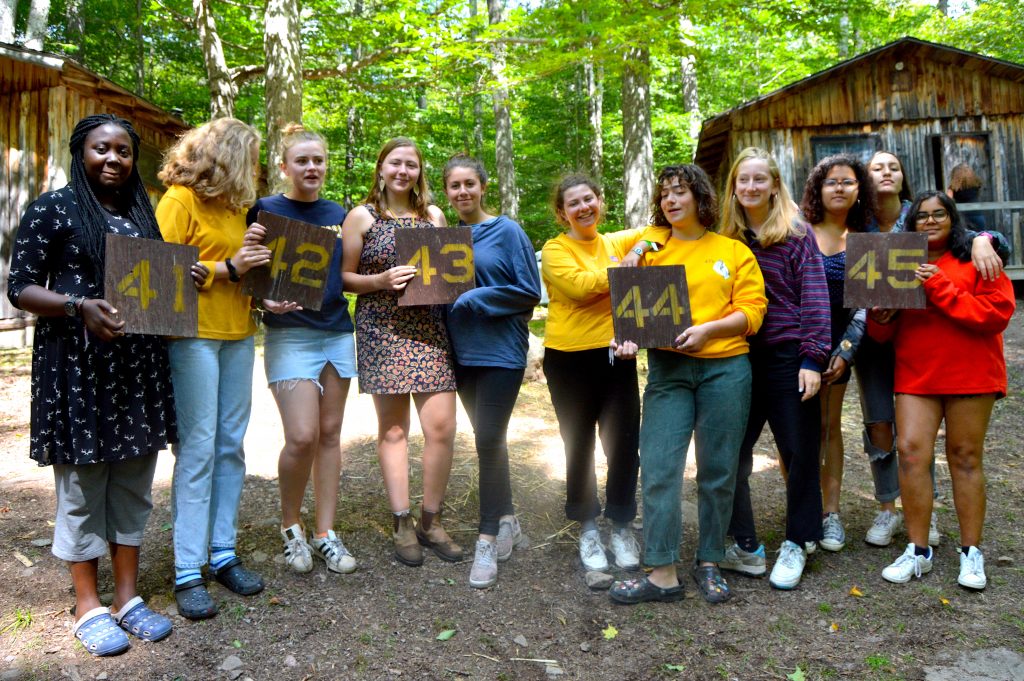 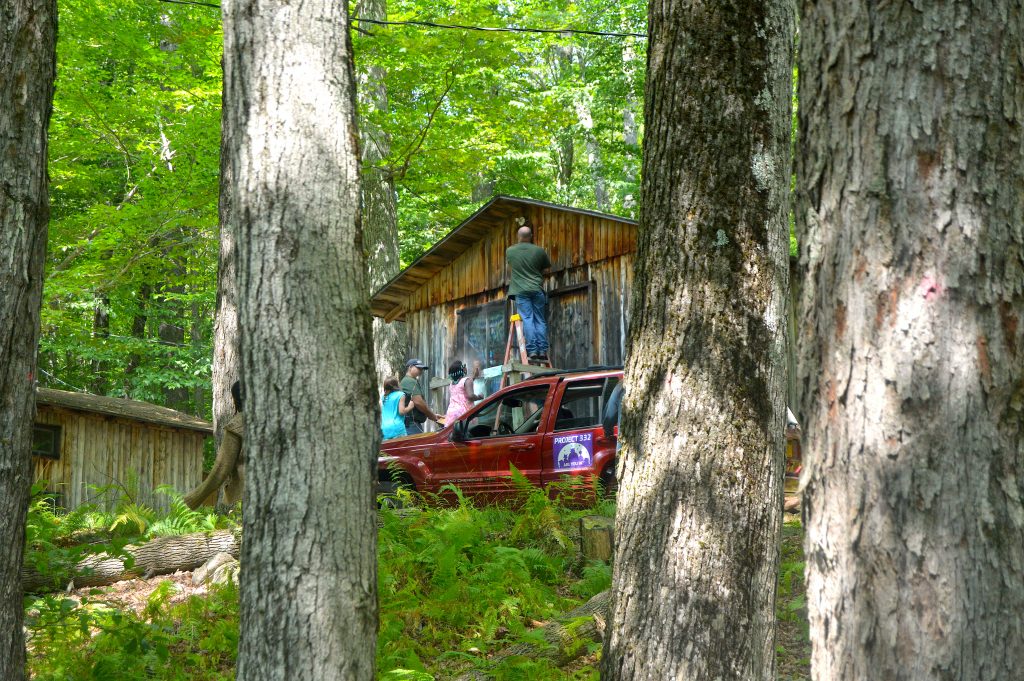 The maintenance department taking down the last sign on the 40s – the one that has graced cabin 50 for 51 years. 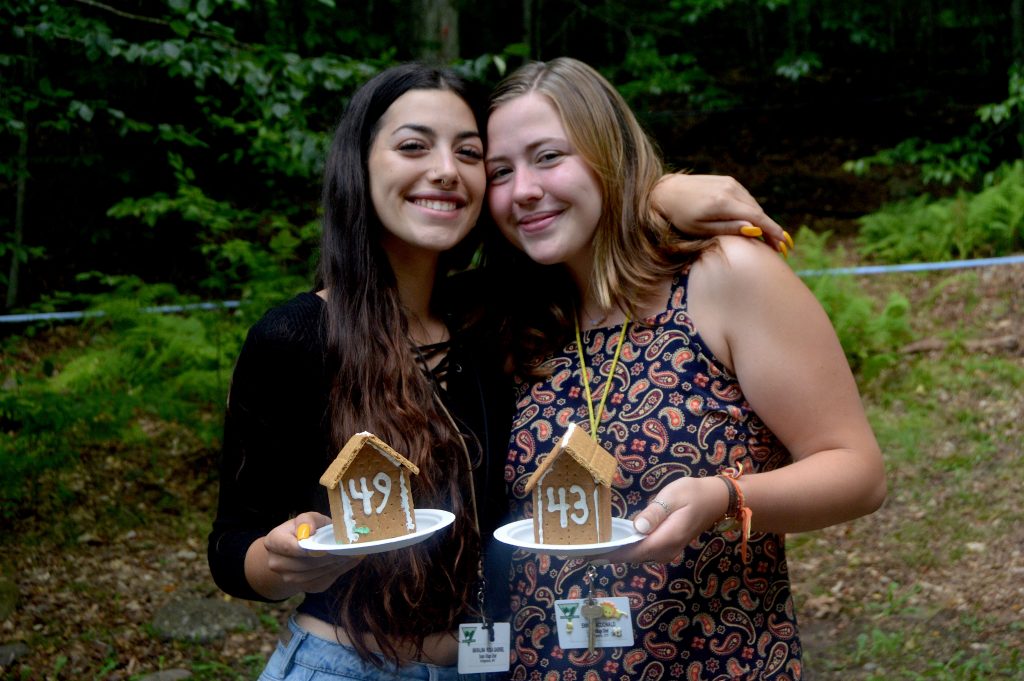 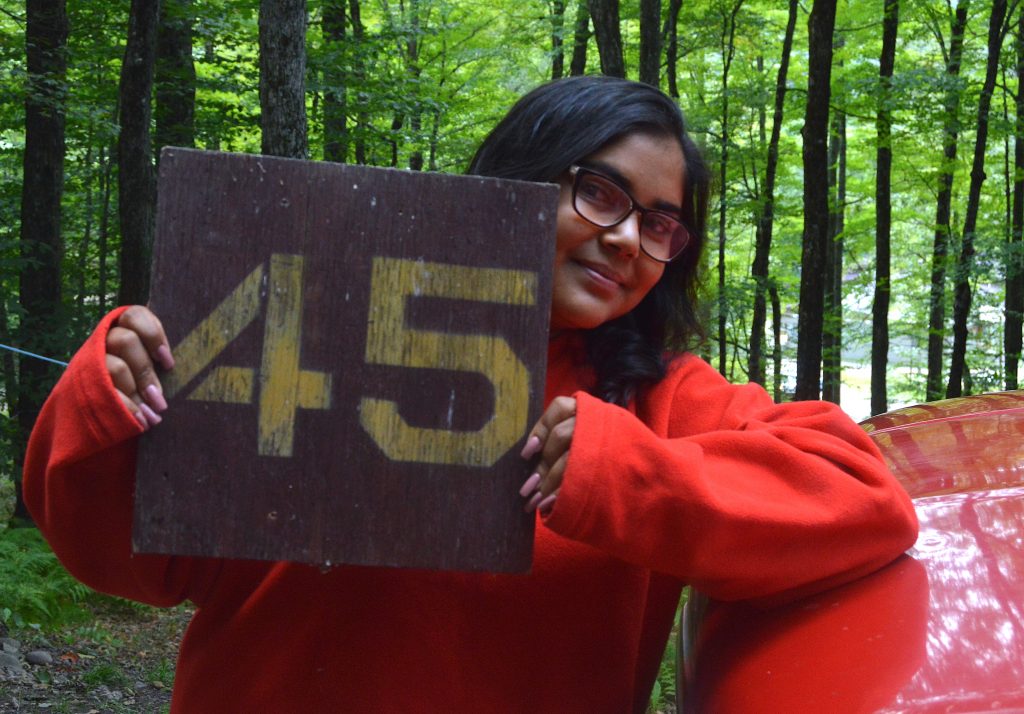 Everyone has their favorite cabin in this group. The attachment is strong. Nadia loves 45. 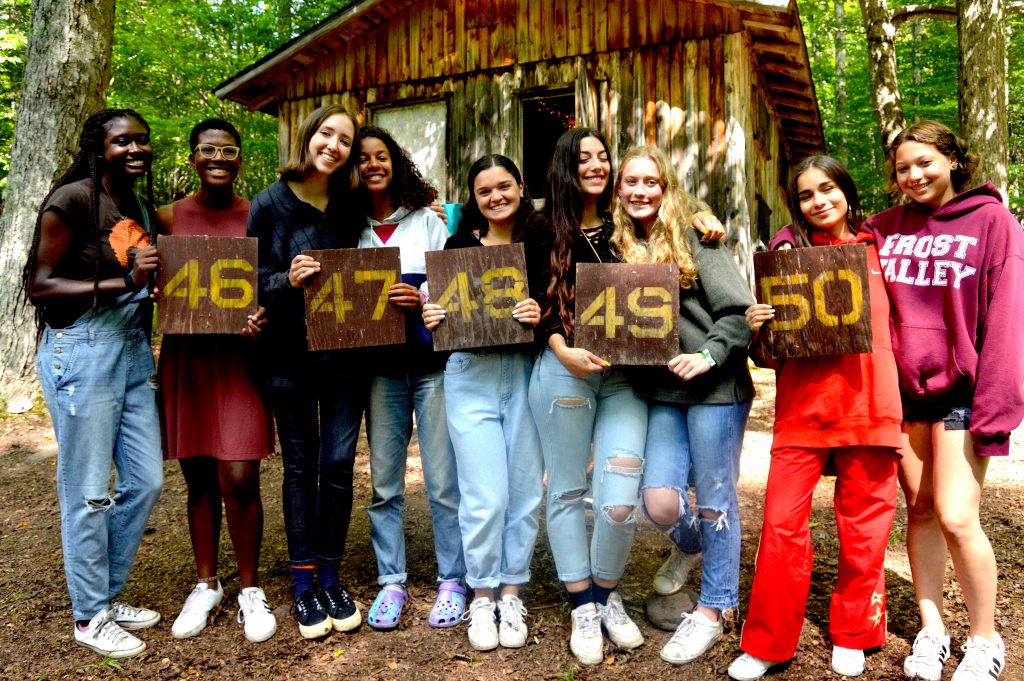 The Susky 2017 staff, celebrating their summer home – sad to be leaving it. 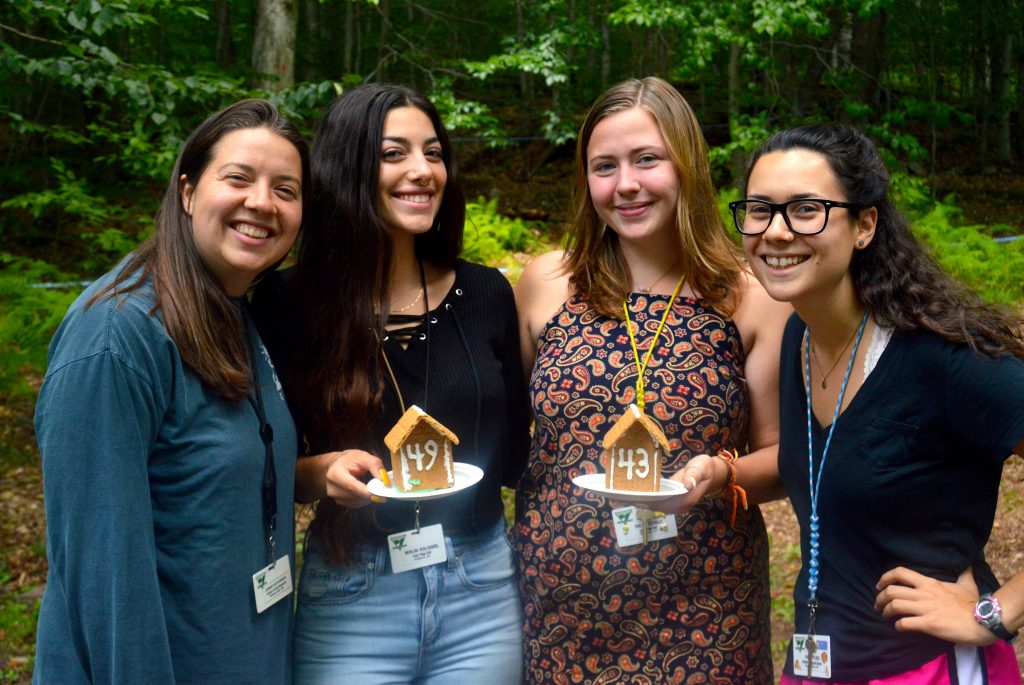 The directors and VCs. 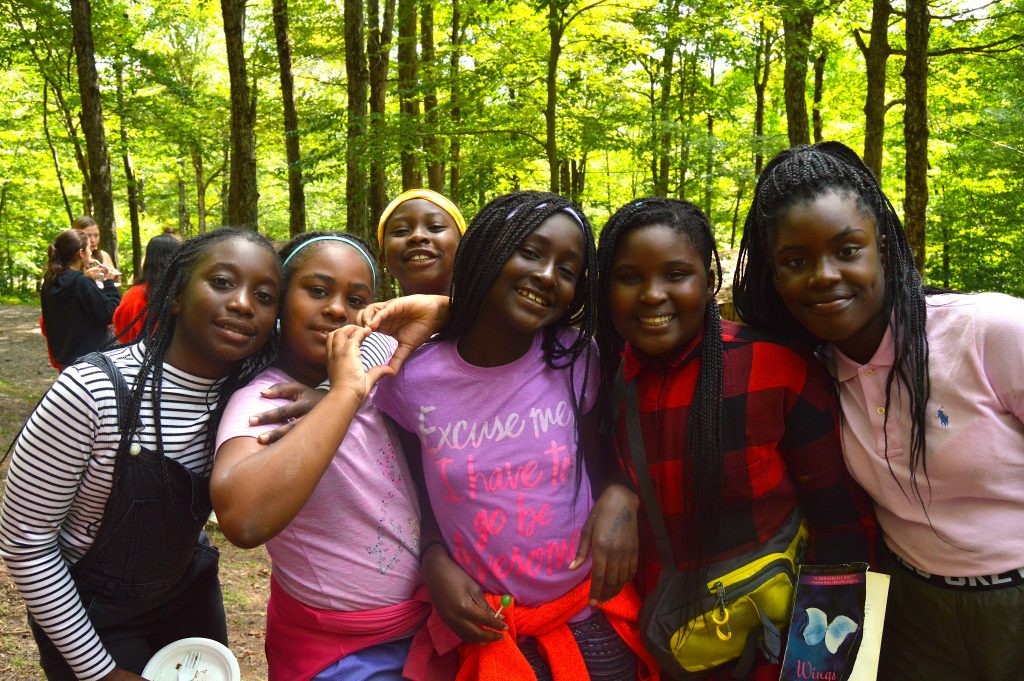 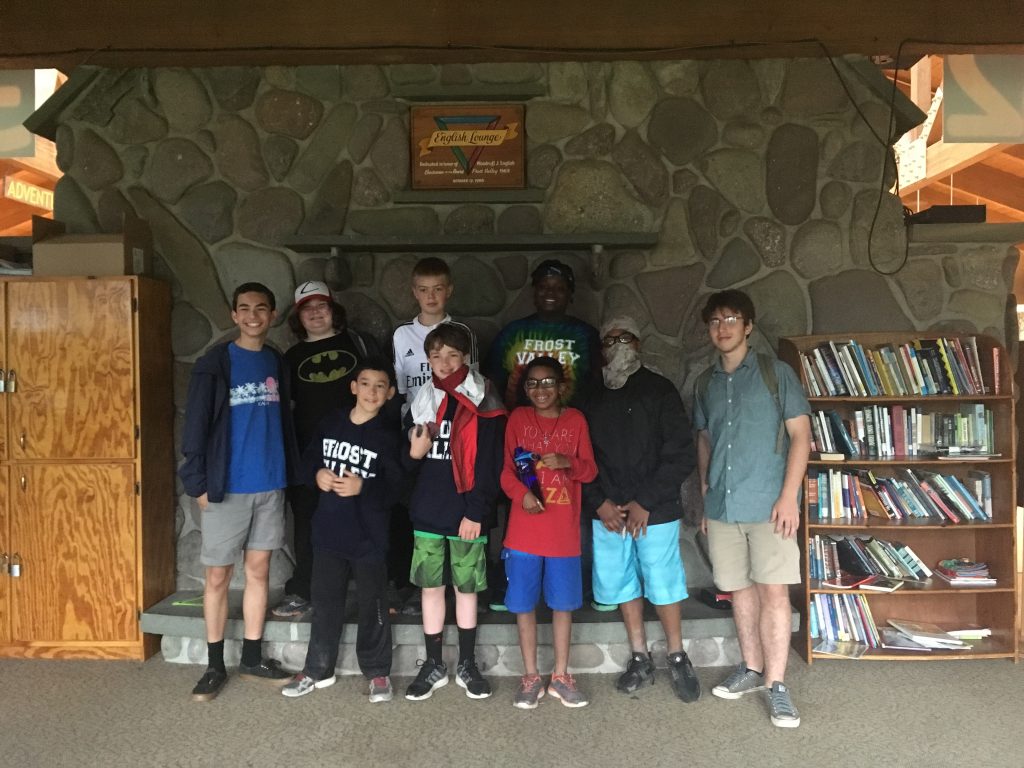 Summer camp was in full swing for the first full day! During a beautiful and sunny morning, campers played Geronimo, learned cheers, played tag and went to waterfront orientation. Some campers were able to complete their swim tests, and the rest will be taking them tomorrow. At dinner, cabin groups got together to take their cabin photos! The photo featured here is Outpost Cabin 38, all of the boys were excited to have their photo posted so all their friends and family could see what a great time they’re having at summer camp!

We’re looking forward to an amazing rest of the week and session! Check back tomorrow for more blogging and photos.