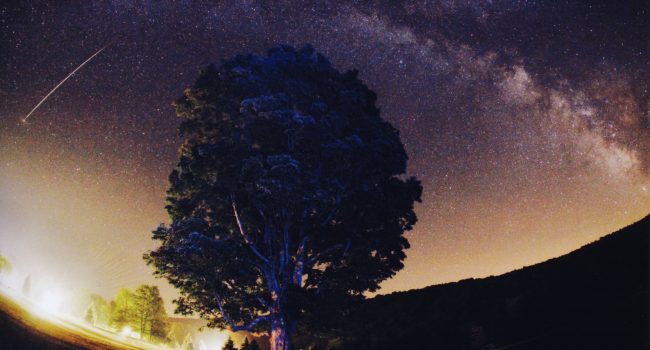 Happy New Year! As Earth finished its orbit around the sun we came full circle at Frost Valley as well, ending the year as it began, with an exciting week of Winter Family Camp. Winter week is a special time for our Frost Valley community. We get to connect with new families who are experiencing Frost Valley for the first time, as well as families who have made our New Year’s Eve celebration their long-standing family tradition. Over the years we’ve seen families meet new family friends that they wait patiently each year to see again, we’ve seen them move across the country yet still fly back each year, and we’ve watched their kids grow into adults who bring families of their own. Despite all of the life changes that each year brings, we end them all together, in the same place, and for the same purpose—to celebrate connection.

This year we’re taking a moment to reflect on what brings our families back faithfully each year and what Winter Family Camp means to them. To do that, we need to understand what a year really is—and that story begins with a cloud.

4.6 billion years ago, before Earth even existed, a big cloud of gas and dust in outer space suddenly collapsed in on itself. The strong force of the collapse sent the cloud spinning in a circle, like a figure skater pulling their arms in to spin faster and faster. The bits of dust spinning in the cloud bumped into each other and stuck together until a clump started to form in the center. After that, the temperature and pressure inside the dust ball grew over billions of years, until it fused into a mass of hot gas that we now know as the Sun.

All the while, leftover dust and debris were still spinning around the Sun as it formed. The dust left in the cloud snowballed into eight smaller clumps: the planets of our solar system. After the planets formed they each had their own small clouds spinning around them, just like the Sun. Within those clouds even smaller masses formed, which we call moons. Thus our solar system was born: 214 moons bound to planets, and eight planets surrounding the Sun.

Even after the Sun, planets, and moons formed, the spinning force of the cloud remained. The masses spun like dreidels, but without anything to bump into them or any friction, these masses have continued spinning for billions of years. Earth, for example, spins in a full rotation every 24 hours, and each rotation gives us one day. Day by day, the earth continues spinning; but the force from the collapsed cloud didn’t only start a spin, it also sent the planets and moons flying forward—sailing away from the Sun with momentum. The planets would have left our solar system long ago if it weren’t for the helping hand of gravity to keep them all close by.

Think of gravity like a seesaw. If Earth and the Sun were sitting together on a seesaw, the Sun, which is much larger than Earth, would push down its end of the seesaw and pull Earth closer to itself. Earth would roll down the seesaw and crash into the Sun if it weren’t quickly flying forward through space at the same time. Earth spins and soars away from the Sun, but before it can fly too far, the Sun pushes down on the seesaw and Earth makes a swinging turn in the other direction. Over and over again this pattern continues, leaving the earth in an elliptical orbit: a non-stop, oval-shaped journey around the Sun. It takes 365.34 days for Earth to finish one full oval and meet back at the place where it began. Meanwhile, our year isn’t the only journey in progress.

Though Earth couldn’t tip the seesaw with the Sun, it is much larger than our moon. Just like Earth rotates and orbits the Sun, Earth’s moon also rotates while it orbits Earth. Every 27 days, the moon completes one full journey around Earth. The moon orbits the Earth and the planets orbit the Sun, but even the Sun isn’t the largest competitor on the seesaw. The Milky Way itself, the galaxy that our solar system resides in, steps onto the seesaw and pulls the Sun—with the rest of our solar system in tow—towards its center. Every 225 million years our solar system finishes one journey around the Milky Way, and we complete a cosmic year.

Each mass in space has its own gravitational pull. The sun, the planets, the moons, the stars, and the galaxies are all rotating and revolving in their own pattern. They have different climates and shapes, and they’re made of different materials. There would be nothing keeping our universe together if it weren’t for gravity. It may not pull each mass in the same path but it does pull them all to the same place: their center.

On New Year’s Eve, we celebrate this journey around the center, back to the place where we began. Each year is an orbit, a cycle, and a web that keeps our universe connected. Take a moment with us to reflect on what a year means to you. What keeps you and your family connected, in a world moving so quickly forward?

Orbit after orbit the years fly by, but we find ourselves circling back around to the same point each time they pass: celebrating the New Year under the light of our sparkling New Year’s Eve ball, surrounded by new friends, old friends, and family. For our families who have made Winter Family Camp their tradition, it’s more than just a way to spend the winter break—it’s their center. It’s the helping hand that holds them all together. It’s their gravity. Despite all the new life changes during each year, we come back again to celebrate connection and to start the new year together.

Have a happy New Year! We’re looking forward to evenings spent looking at the night sky in our observatory in 2022 and we hope to see you there too. Join us this year to find new outdoor experiences, a weekend Catskill vacation, and a place that you and your family can come back to. 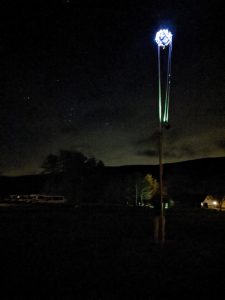