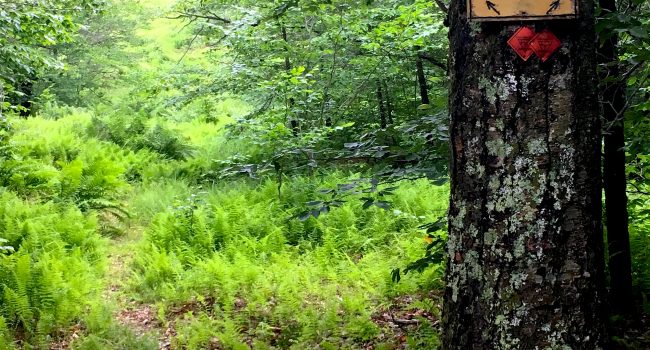 What could be better for an overcast, cool, day-before-campers-arrive morning? Hiking the legendary Sequoia Loop. I did it today, and it’s glorious: not often used, well marked (red blazes), close enough at times to Pigeon Brook to hear it splashing and rumbling it way down steeply from Doubletop Mountain (especially after a big rainstorm last night), a moderate hike (not easy, not hard)—a couple of miles in all. Why “legendary”? Even before Sequoia was created in 1972 (as an adventure village), that trail was seemingly always there—perhaps even during Forstmann’s time. Just cross Pigeon on the Sequoia Bridge, see the tents and yurts of Adventure Village in front of you, then turn left and follow the trail up the hill. When you get to the top of the loop, you’ll have the option of turning back downhill to your left—that’s the Pigeon Brook Trail. Or stay right and go back down the east side of the loop, back to Sequoia. The “Sequoia Loop” sign has been there for 45 years now. Looks as stately as ever. And inviting. 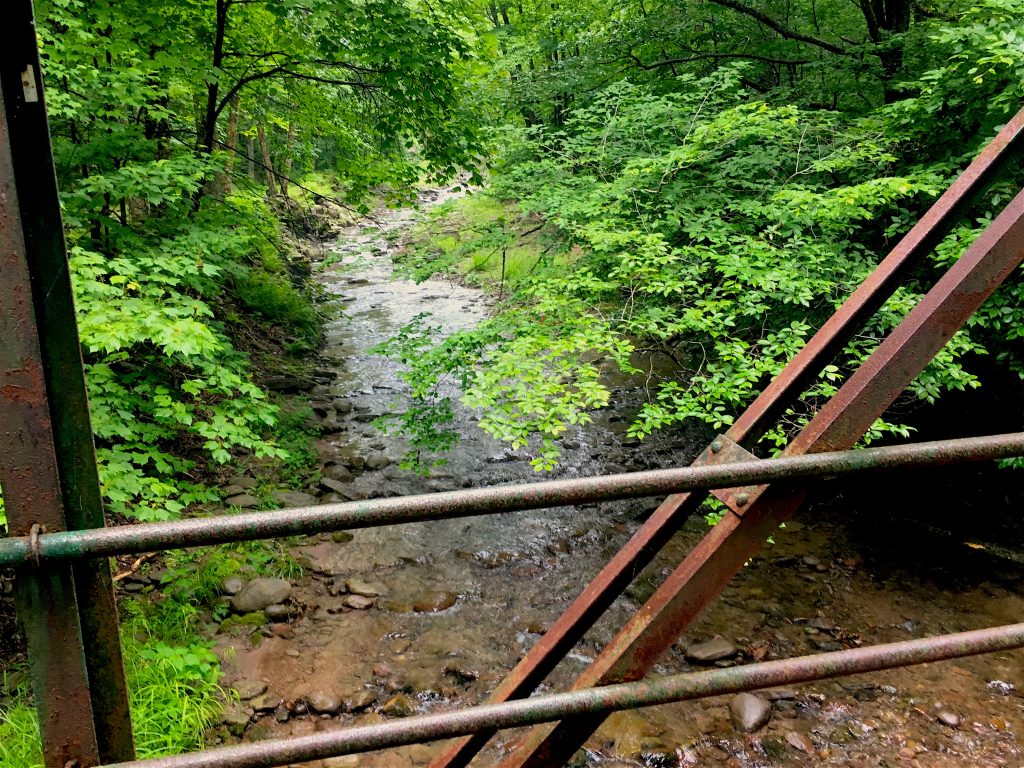 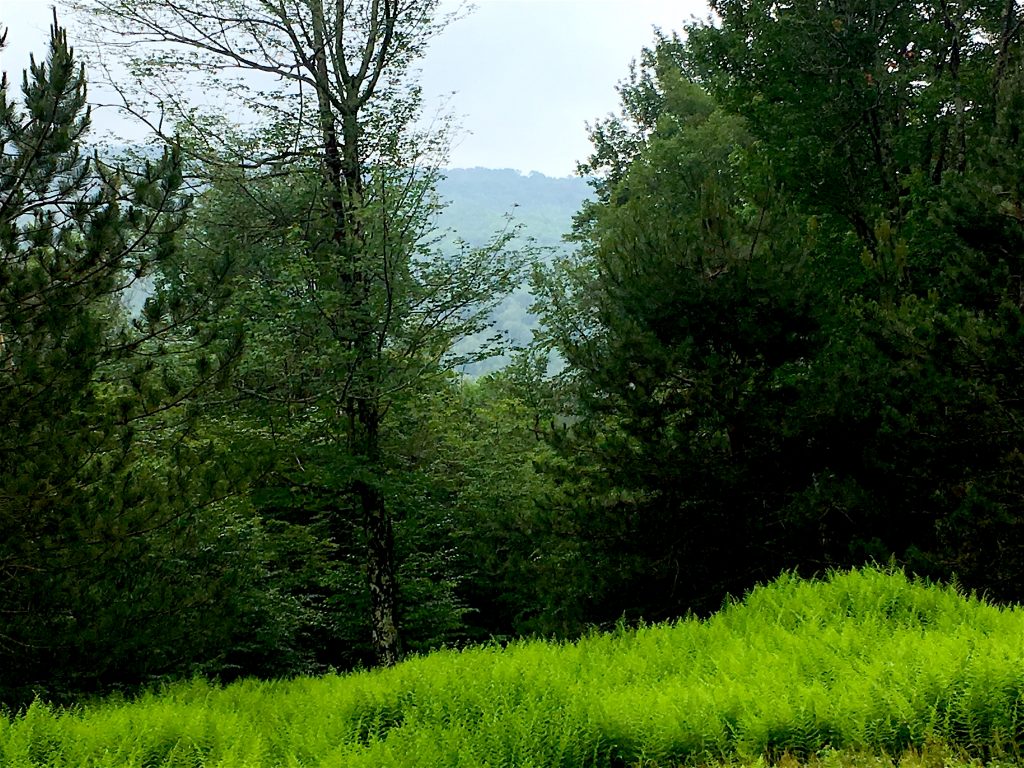 A glimpse of Wildcat across the valley seen from 500 feet or so above Sequoia—coming back down the west side of the Sequoia Loop. 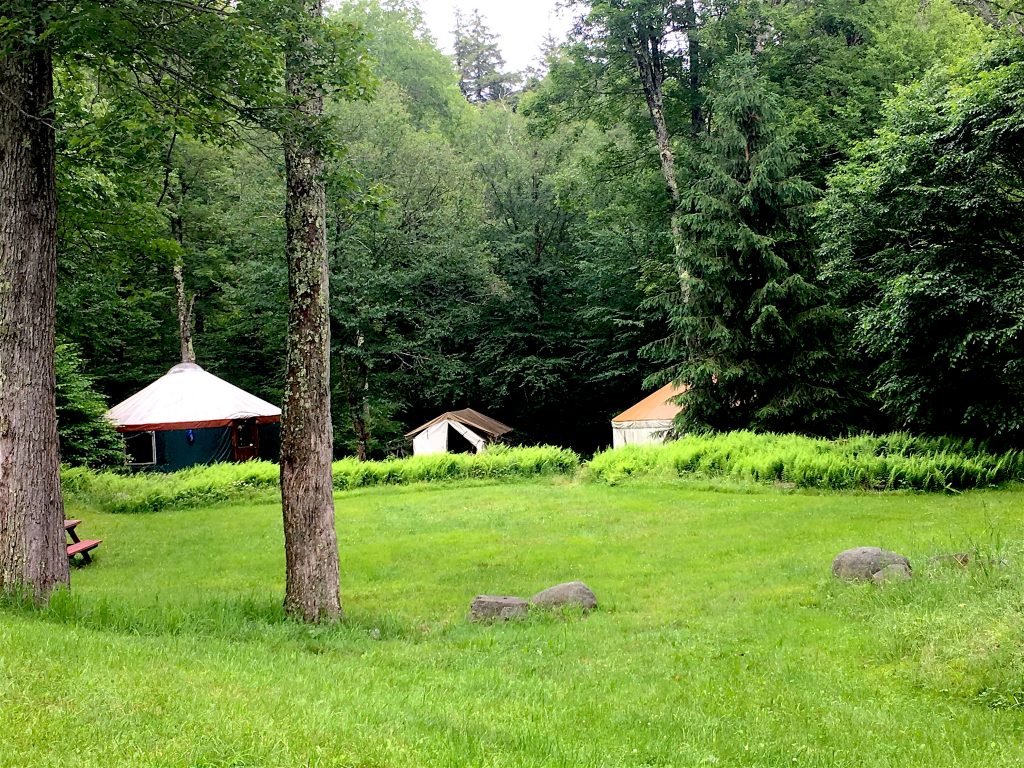 In the middle, one of the original Sequoia platform tents. On either side, the “staff yurt” (a kind of staff lounge for Advill) and one of the newer yurts. 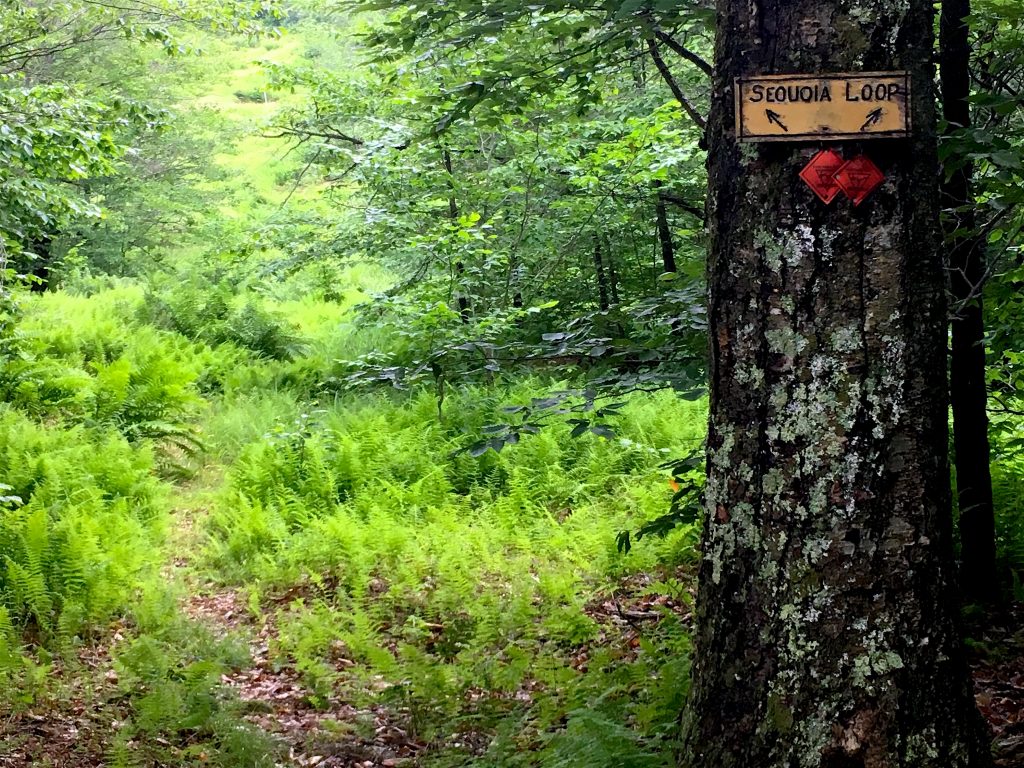 The classic view: at the top of the Sequoia Loop, a sign (dating back to the 1970s) and two red blazes (Sequoia Loop is a red trail). 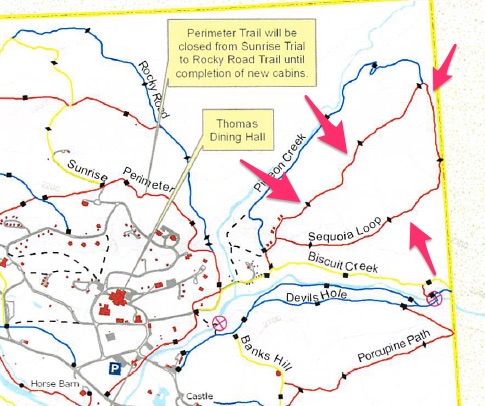 A section of the Frost Valley trail map. 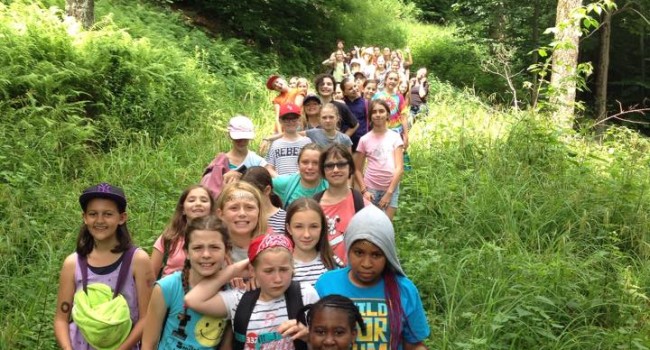 All forty-four girls in Susky village hiked with our Adventure Director Zach Eigenbrodt on Frost Valley trails. The hike was 2.5 miles and all the girls were able to complete it! They got muddy, dirty, and found the perfect leaf. They visited the “bear cave” (an empty in the side of an escarpment), and loved it! Zach was happy to report that the girls may have come back a little dirtier and more tired, but they all had a terrific time on the hike!