History of the Frost Valley Castle

You are here » frostvalley.org » Ways to Give » Friends of the Castle » History of the Frost Valley Castle

Learn About the Castle

Julius Forstmann – founder of the Forstmann Woolen Company – broke ground on what would become known as the Forstmann Castle in 1916. For forty years this majestic property on 2,200 acres of the Catskill Mountains would serve as the summer home for the Forstmann family.

On Christmas Eve, 1956, Mr. Forstmann and YMCA executives agreed on terms that would allow the YMCA to purchase the property and make it the new home of Camp Wawayanda, which would eventually become the Frost Valley YMCA. The purchase included the main house – 40 rooms, 7 fireplaces, and 6 baths – all fully furnished – as well as a dairy farm with a dozen buildings, and 22 Holsteins, 14 heifers, and a bull.

Over half a century has passed since that fateful Christmas Eve. And, the Forstmann Castle, now more prominently referred to simply as “The Castle,” stands firmly as an anchor tethering the past and future generations together. 35,000 people now visit Frost Valley and its 5,000 acres each year.  For them, a walk through its gorgeous rooms with cherry, butternut and maple woodwork, on floors made of teak and oak parquet, while perusing the antiquely appointed features, transports them to a bygone era. 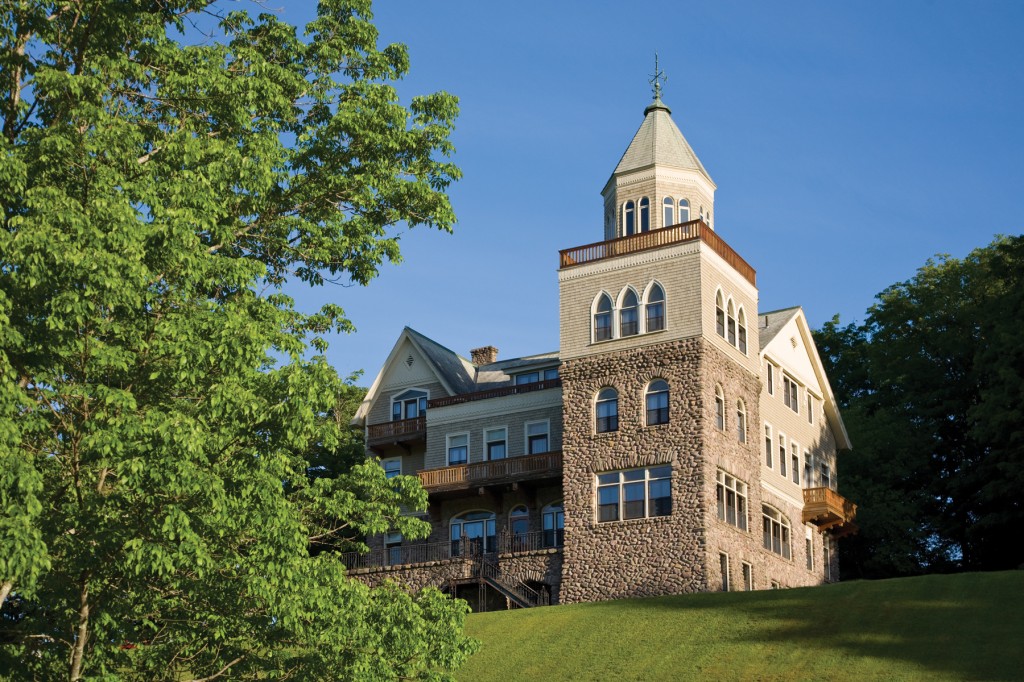