You are here » frostvalley.org » Alumni » Dads of two Windsong campers were counselor/camper combo 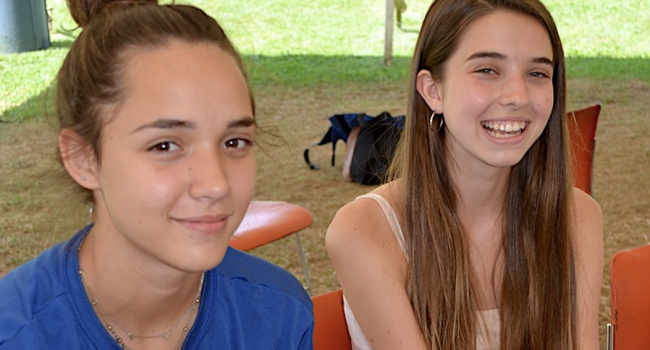 Yesterday I led a game of Geronimo and, as usual, our super-volunteer “camp mom” Sandra Shapiro Bohn took photographs of the proceedings. Later she sent me some of the pix and I saw that one of them included David Sacker’s daughter Catherine and Steve Spiwak’s daughter Olivia. Both are in Windsong this summer. I sent a copy of the photo to David, and another to Steve, and then we noticed the convergence: another sign that there are lots and lots of campers here whose parents were once Frost Valley counselors. And in this case there’s more: Steve Spiwak was David Sacker’s counselors back in the day! (And the late and much-missed Oran Giannotti—whose own daughter Cecilia, or Cece, is on the staff here this summer too—was the VC of that village (Hemlock) that summer.

Here below is the photo of these two wonderful alumni kids.

To add to the feeling of continuity: last night, late, I told Windsong a story—”The Doubletop Plane Crash Mystery,” which is itself a throwback to our earlier periods.

A note about the photographer, Sandy Bohn. She is here once again as a volunteer, coming all the way from Arizona, using up most of her vacation days from work. And this is her 50th summer in the Valley: her first summer was 1969, when she was a Pokey camper. Happy anniversary, Sandy! 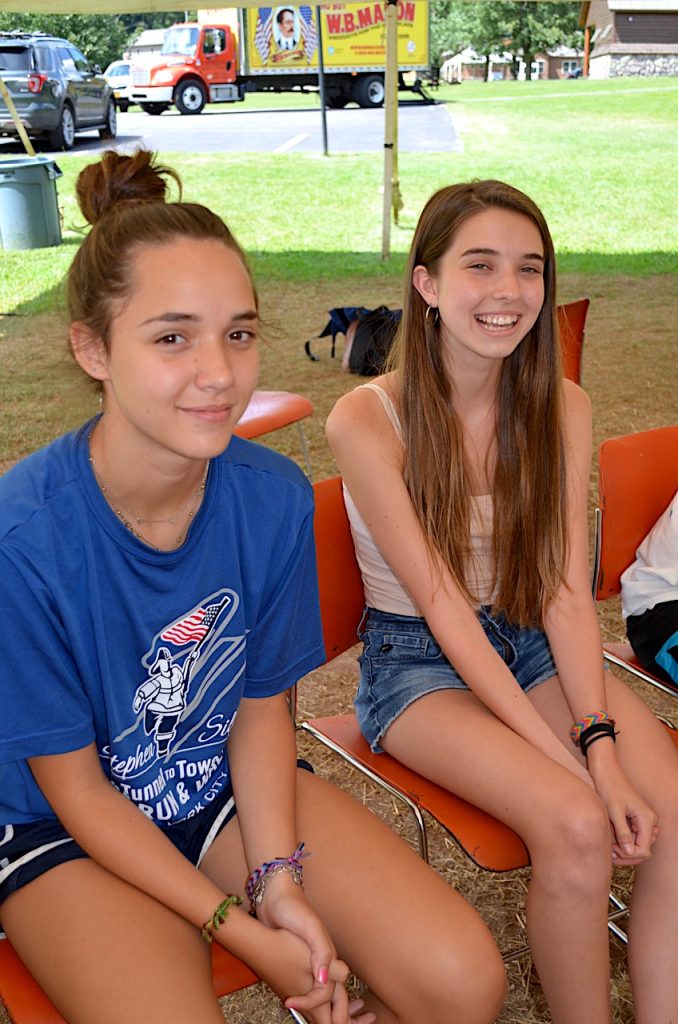