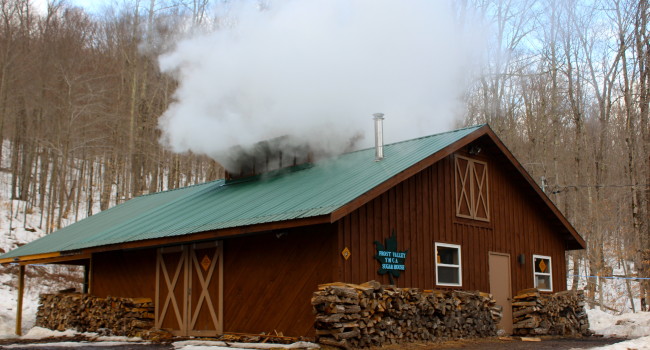 The 2017 maple sugaring season at Frost Valley has recently come to an end. This season was an interesting one. The sap flowed at a slow and intermittent pace, but the season endured for longer than usual. The season got off to an early start with sap collection beginning in mid February. We fired up the evaporator for our first boil on February 22nd and concluded with our last boil on April 5th. By the end of the season we had boiled 14 times and produced a total of 290 gallons of syrup.

This type of season is in stark contrast to the season we experienced last year. The 2016 season started with our first boil on Feb 22nd, the exact same date as this year. The end of the season, however, came on March 10th, almost a month earlier!  In addition to being a shorter season, 2016 saw much faster sap flow. In that short time we only boiled 7 times and were able to produce 259 gallons of syrup. Compare that with this year’s season length, number of boil times, and total syrup production. The difference is remarkable.

What caused such a drastic difference in the length of the last 2 seasons? The answer is, simply, the weather.

All in all, it was great season. We had a lot of fun and made a lot of delicious syrup. Making maple syrup is certainly a lot of work, but the sweet smell of boiling maple sap filling the sugar house and the finished product drizzled over a warm stack of pancakes makes it all worth it. Maple sugaring is a great way to welcome spring after a long winter! 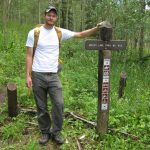